*April 4, 2018 will mark 50 years since the assassination of a man widely known, respected and remembered for his ongoing work on the civil rights platform. Come to think of it, its rather appropriate to call him the Godfather of Civil Rights. I won’t go into details, those too young to know and those who want a refresher on his work can go here.

But the legacy of Dr. Martin Luther King, Jr. does live on, and with the apparent ongoing attempts to alter or change the reality that is U. S. history, we must ensure that he is never, ever forgotten.

With that said, the 33rd Annual Kingdom Day Parade will serve up an offering that sounds too good to be missed.  Those planning to be in the Los Angeles area on  Monday, January 15 can expect to witness the following features at the parade.

ABC-7 will again broadcast the entire 2-hour parade — LIVE — from 11am to 1pm and here’s what you can expect to see.

…and many more surprises!

Faith is taking the first step, even when you don’t see the whole staircase –Dr. Martin Luther King, Jr.

The 2.5 Mile parade route begins @ 10 AM on Martin Luther King Jr. Blvd & Western Avenue, traveling west to Crenshaw, then South on Crenshaw, and ending at Leimert Park and Vernon.

The Kingdom Day Parade, was first organized 37 years ago by Johnny Grant as a small local community event in San Diego that spanned only 5 blocks. In 1985, it was moved to Los Angeles and by this year it has grown to enjoy a live TV broadcast on KABC 7 for over 8 years, it now has a media audience of over 2.4 million viewers and listeners. 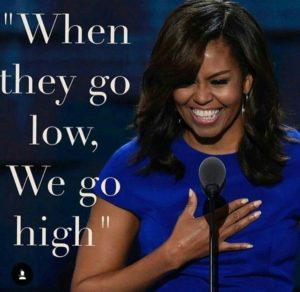 This years? theme, borrowed from First Lady Michelle Obama is: ?When They Go Low, We Go High?.

One thought on “33rd Annual ‘Kingdom Day Parade’ Looks Awesome…Here’s What You Can Expect to See!”