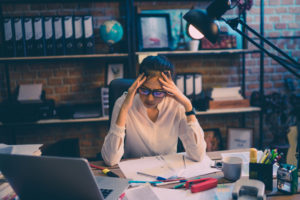 A genetic variation may protect some people from the cognitive effects of sleep deprivation, a new study shows. According to a new study published in Scientific Reports, a variation in the gene named DRD2 could explain why some people are capable of performing certain activities better than others when sleep deprived.

Chronic sleep deprivation has been named a public health concern by the Centers for Disease Control and Prevention (CDC). Up to 42% of Americans get less than seven hours of sleep a night. What’s more, between 50 to 70 million Americans aged 20 years or older suffer from outrightsleep deprivation, a condition infamous for its detrimental side effects.

Many of these effects include increased risk for cancer, obesity, diabetes, high blood pressure, heart disease, and cognitive difficulties. According to a report by the CDC, 18.2% of those who are sleep deprived report having trouble remembering things whereas 23.2% have difficulty concentrating.

Sleep loss is also dangerous for those on the road. The National Public Radio reports that, for every hour of sleep lost, the risk for crashing your vehicle increases. Up to 3 million people are injured annually in car accidents in the U.S and one out of every six of these accidents are caused by sleep deprivation.

However, these cognitive effects differ depending on the genetic makeup of the sleep deprived person. Washington State University professor Paul Whitney and a team of researchers examined these cognitive variations in a group of 49 adults.

During the study, a control group of 15 adults slept normally. The remaining 34 adults were deprived of sleep for a total of 38 hours. Prior to the study, participants were assessed on their flexible attentional control using a computer screen and mouse.

Additionally, participants were tested genetically for three variations in dopamine receptor 2, or DRD2. This receptor helps to regulate cognitive abilities and information processing.

When sleep deprived, some participants performed poorly when asked to switch mouse buttons in the middle of the computer task. However, those with a specific variation of DRD2 were capable of performing the computer task just as well as the control group.

Yet this genetic variation doesn’t mean those who have it can go without sleep. According to the study, those with the DRD2 variation still had difficulty with vigilant attention showing that the resilience to sleep deprivation is task-specific.

“Our work shows that there are people who are resilient to the effects of sleep deprivation when it comes to cognitive flexibility,” said Whitney to Medical News Today. “Surprisingly these same people are just as affected as everyone else on other tasks that require different cognitive abilities, such as maintaining focus.”

That being said, sleep deprivation can be harmful regardless of genetics and Americans are urged to receive between seven to nine hours of sleep a night. Ways to improve sleep include establishing a routine, setting electronics aside 30 minutes before sleep, and lowering the temperature of the room to 68 degrees or below.

Plants can also help to improve sleep. While 69% of Americans report their mood lifting after smelling flowers, certain plants such as gerbera, lavender, jasmine, and English ivy have been known to improve air and sleep quality.

“Our long-term goal,” said Whitney, “is to be able to train people so ? they will be able to recognize and respond appropriately to changing scenarios, and be less vulnerable to sleep loss.”