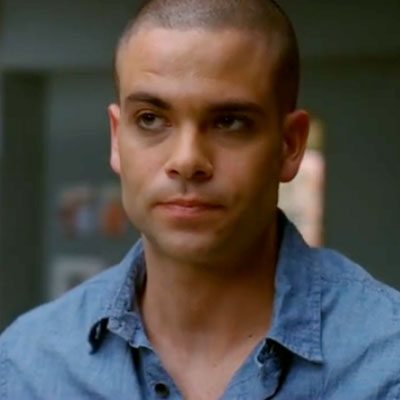 *OK, I admit: This may seem like a strange darn story to open the day with, but c’mon! I know I’m not the only Black adult who watched Glee, the hit musical/dramedy than ran from 2009-2015 about a talented bunch of high school misfits who joined a Glee Club. I was in Glee Club in high school, so the show really hit a nerve with me. These kids could sang their butts off (Think Amber Riley as Mercedes and Lea Michele as Rachel). Well news flash, there was a child pornographer among them and his name was Mark Salling. He played bad boy, Noah ‘Puck’ Puckerman on the Fox series. (Scroll down to see a scene featuring him).

In fact, the show made ‘stars’ of several of these young people. Naya Rivera became somewhat famous as the inspiration behind her ex, Big Sean’s song, “I Don’t F**k With You.”  And some names already known to us including Nene Leaks, Gwyneth Paltrow and Demi Lovato made colorful appearances. Come to think of it, the show helped Adam Lambert get on American Idol. It was his stint as runner up on the show that made him a star.

But back to the child pornographer…

Salling pleaded guilty to possession of child pornography on Monday. Authorities had entered his home and found more than 50,000 images of prepubescent children on his computer and a thumb drive.

According to the Associated Press, Salling, who along with prosecutors, has agreed to seek four to seven years in prison, reached the plea agreement with prosecutors in October when he admitted he possessed the images.

Needless to say his career is over. He’ll be required to register as a sex offender, pay restitution and follow residency restrictions.

Watch Salling in the video YouTube clip from ‘Glee’ below in a scene with late actor, Corey Monteith (‘Finn Hudson’…who was the real life boyfriend to Lea Michele), and Diana Agron (‘Quinn Fabray’)