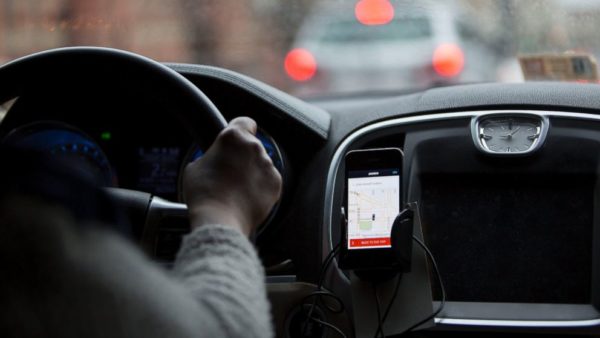 *Ride share, the new form of transportation, has no doubt changed the infrastructure of how we move around the city. Riders are elated that they can now order a car by clicking on an app, ride in relative peace and comfort, and know that the simple act of sitting down won’t cost them $4.65.

But unfortunately, as is the case with anything that humans touch, if they can take advantage, they will. You have riders making demands, abusing property, and being downright careless when it comes to being transported. They seem to believe the absence of a scratched up sliding glass partition or the absent smell of stale cigarettes in the air gives them the right to certain privileges they would never expect from a taxi.

Here’s six things that do nothing but piss a ride share driver off and make the ride less pleasant.

The second you get into a car, don’t ask the driver to change the channel, turn the music down, or cut the radio off.

This is the drivers car. Not yours. They signed up to transport you safely from one destination to another; of course they aim to do this professionally, in a way that is comfortable to everyone involved.

Give him or her time to acclimate to the fact that someone just got into the car. It’s doubtful the volume is high to begin with. Generally, a driver keeps the radio at a comfortable level in the event the rider needs to make or accept a phone call. But en route to pick you up, the radio may be a tad louder. Many drivers also keep the rario on to stay alert. It can be tiresome driving around all day.

Don’t start making demands the moment you sit down. It’s rude. Don’t do it. And in the words of the Godfather of Soul, James Brown, Whats-N-evah you do, DON’T TOUCH THE RADIO..

…at least without asking first!

A bonus tip on this topic: Bring your own headphones, don’t assume you can take over the car and use the drivers aux cord!

Don’t keep the driver waiting without at least communicating

The ride share companies do charge a per minute fee after a certain limit, but even so, drivers are not so hard up for money that they enjoy sitting around waiting for you. Some drivers will immediately call if you are not outside when they arrive; while others will at least wait a minute before attempting to contact you. When a driver does call and gets a voicemail message on the other end — as opposed to speaking with you — they just might cancel the ride. You’ve already wasted time they could’ve spent picking someone else up.

Ugh. There is nothing worse than a ride share driver finding a soda can, food wrapper or some other debris in the back seat or on the floor of their car. Add to this, the act of upsetting the floor mat and not fixing it when you leave. Some drivers actually have signs in their cars warning against this. Be mindful. In this instance do feel free to give a damn.

Keep your bad mood to yourself

Everyone has a bad day. Sh*t happens. But its your sh*t. Don’t feel free to take it out on your ride share driver. If you can’t be pleasant, it’s OK to just be quiet.

Resist the urge to “interview” the driver

Oh no, not again! Think about it: There’s a good chance this person has been driving for hours and answering the same questions over and over again. By now they’ve probably picked up at least 5 or 6 people — with an equal number to go if they set daily goals. It’s tiring even for the most upbeat, socially engaging driver to continually talk.

All of those rides offer “energy.” It’s a lot to take on. So the last thing your driver wants to do is be your entertainment.  Again, its OK to be quiet. NO ONE has to talk beyond the initial greeting. Some riders seem to feel compelled to ask the driver all sorts of open-ended questions. Don’t. Drivers can also be good at listening.  If you simply need to talk. You talk. Don’t put that on the driver.

Your ‘entitlement’ is no good here

You know how, when people want to treat you to a meal or a drink they say, “Your money is no good here?” Well neither is your stank ass entitlement acting self. Pure and simple, ride share drivers don’t care what you do, think or believe in your personal environment, but just don’t bring it to their car. It could end badly and no driver welcomes that. Check yourself!

Now you know. As you were…only better.

DeBorah B. Pryor has driven upwards of 3500 trips as an Uber driver, with a near perfect overall rating and more than 2500 5-star reviews. Her book on her experience as an Uber driver — a ‘side hustle’ she loves –was recently finished. If you’d like more info on becoming a driver for Uber, email her at [email protected] and do her a BIG favor and follow her @pryor_deborah on Twitter.

One thought on “Do You Ride Uber? Lyft? Any Ride share? Here’s Six Things That Really Tick Your Driver Off!”