*In this fictional account of What if… or better yet, What will happen when… Queen Elizabeth II has died and her son, Prince Charles, who has been waiting a lifetime to assume the role of King, is preparing his ascent to the throne.

The play opens with a dark lit stage as a funeral procession signaling the death of the Queen reveals a solemn display where lines of people carrying lighted candles move amid the columns of a section in the palace.

Its an already impressive set.

We witness a rather apprehensive Prince Charles of Wales (Jim Abele) preparing for his new role as King. Not that he didn’t know this day would come, after all, he’s been waiting for it — but it appears he didn’t fully realize the weight of the responsibility — nor the expectations it carries. But a hard-nosed Prime Minister Evans (J. Paul Boehmer), an unyielding publicity counsel Reiss (Mark Capri) and Stevens (Carie Kawa), the opposition leader who can’t be trusted by anyone, is constantly in his ear to remind him that he is expected to keep things the way they’ve been for the past 91 years.

No easy feat, especially with his first order of official business being to sign a Bill that stands to so fiercely impact the infrastructure of the monarchy’s future.

At one point, when Charles is alone, his lack of confidence in assuming the role is most obvious, as he reveals, “I am the King default.” But he has watched and learned how to maintain game face well for the most part.

But all hell breaks loose when Charles shows that he doesn’t necessarily see things the way his mother did; and he’s not going to just sign off on something just because she did.

Bartlett’s play  uses both blank verse and prose, so you don’t have to be a Shakespearean scholar to understand it. It’s also not afraid to poke fun at itself and we see many humorous moments at unexpected times.

Director Michael Michetti said, ?Bartlett takes these iconic, beloved, and often ridiculed public figures and creates a ?Future History Play? in the spirit and style of Shakespeare. The result is a clever, beautifully crafted drama which mixes gorgeous dialogue, humor and tragedy, and the intrigue of a political thriller, while giving us a rare glimpse at what just might be going on at Buckingham Palace when the Royal Family is away from the prying eyes of the public and the press.?

It helps that we’re familiar with the players in real life; which makes such a fictional version so much fun. We get to experience Camilla (Laura Gardner), the Duchess of Cornwall, in all of her frumpy glory.

The real Camilla had become known as Charles’ “first love” and the public despised her; seeing her as the woman who ultimately broke up the marriage of Princess Di and Prince Charles. Charles married Camilla in April 2005, nine years following his divorce from Diana (1996).

It’s interesting to watch, in this production, how the future of the two unfolds. Here, Camilla never commanded the respect that was given to Diana; there was just an acceptance of her. In fact, the audience got quite a chuckle when, at one point, while Charles is speaking about the future of the monarchy to son, William (Adam Haas Hunter), he is puzzled when William refers to “the Queen” at one point, and asks rather apprehensively, “You mean Camilla?”

But make no mistake, this play and all of its monarchical stuffiness  has no problem showing female power. Kate (strong performance by Meghan Andrews), wife to prince William (an admirable performance by Adam Haas Hunter), wields a mighty verbal sword when it comes to speaking out and pushing her husband to confront his father to do what she thinks is politically right for the future of the kingdom.

While the ghost of Charles’ former wife, Princess Di, does drift in on occasion, and leaves her mark in a rather what did she mean by that kind of way; it’s no doubt princess Di’s admirers would love to have seen more of her ghostly presence — especially since she is on the minds of many at this  20th year mark of her passing.

Even though the Royals are a stiff bunch, Bartlett’s play offers unexpected moments of comedic twists.

At one point Prince Harry — the youngest of Princess Diana’s sons, played to rebel-precision by Dylan Saunders — breezes into the room and refers to his father’s pending coronation as “This thing that’s happening” and goes on to make any available excuse about  why he can’t attend — the main one being, “I’m tired.”

But its his fascination with “Jess” (nicely played by Sarah Hollis) — a gutsy and rather colorful art student who challenges his way of life — that causes heads to roll; especially when nude photos from her past pop up.

J. Paul Boehmer in an excellent portrayal as the no-nonsense prime minister, Reiss, spoke with the Electronic Urban Report on what attracted him to the role.

Of course there was no escaping the fact that the future of the kingdom, or lack thereof, mirrors the Brexit threat being addressed today. Boehmer continues,,,

“The other reason why I’m so attracted to this play is that its so pertinent to what we’re experiencing today in this country.” Boehmer continues, “in the powers that we’ve put into place.”

I swear, Trump is on everyone’s mind. Even if his name is not spoken.

We also caught up with Jim Abele, who was simply awesome in the title role, as King Charles III.

A big part of the pending King’s stress was his refusal to sign a Bill that challenges Freedom of Speech. Throughout the play the pressure to do so mounts. Abele speaks to this and what it was that convinced him to do this role.

“Mike Bartlett wrote this play 4 years ago, and it astonishes me that he was so prescient about this subject of how the press is going to be treated in the future. There are many themes involved in the play, but what strikes me as an American is how our liberties can be taken away if the right to Free Speech is taken away. And I don’t think that when Mike wrote this it was as big an issue as it is now so…That’s why I’m thrilled to do it, and I also love Pasadena and being at this theatre.”

Absolutely strong performances throughout. Not a weak link in the bunch. But there were some slow moments, and I couldn’t help but chuckle when during one of them, a woman seated behind me whispered (rather loudly) to her guest, “If you’re going to sleep, close your mouth!”

?We thought King Charles III a most fitting play for our Centennial Season,? said Pasadena Playhouse artistic director Danny Feldman, who came on board at the Playhouse only recently, following the exit of Sheldon Epps, who had been in the role for the past 26 years.

For more information on all productions at Pasadena Playhouse visit PasadenaPlayhouse.org. 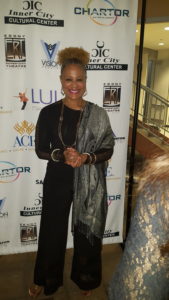 DeBorah B. Pryor is a writer and former thespian with membership in Actor’s Equity, SAG and AFTRA. Her degree in Drama is from San Francisco State University. She has taught communications at UCLA Extension and recently completed her first nonfiction book based on her experiences as an Uber driver. Connect with her on Twitter @deborah_pryor or via email at [email protected]

One thought on “EUR Theatre Review: Pasadena Playhouse Presents the Future of the Monarchy in ‘King Charles III’”