*Rape on college campuses may be nothing new, but this doesn’t make it any less troubling. Even moreso, if nothing is being done about it. Over the weekend disturbing signs were plastered over the campuses of Morehouse and Spelman Colleges — some even naming specific students who had allegedly raped other students on campus. The signage (scroll down for pictures) uses the hashtag, #weknowwhatyoudid.

In the photos, EURTNT intentionally blurred the names of students being accused.

For those who may not know, Morehouse (the all-male college) and their sister-college, Spelman, are positioned next door to one another.

This isn’t the first time the HBCU’s have been in deep doo-do with such accusations.

But at least both colleges wasted no time addressing the issue with public statements on their official website(s). 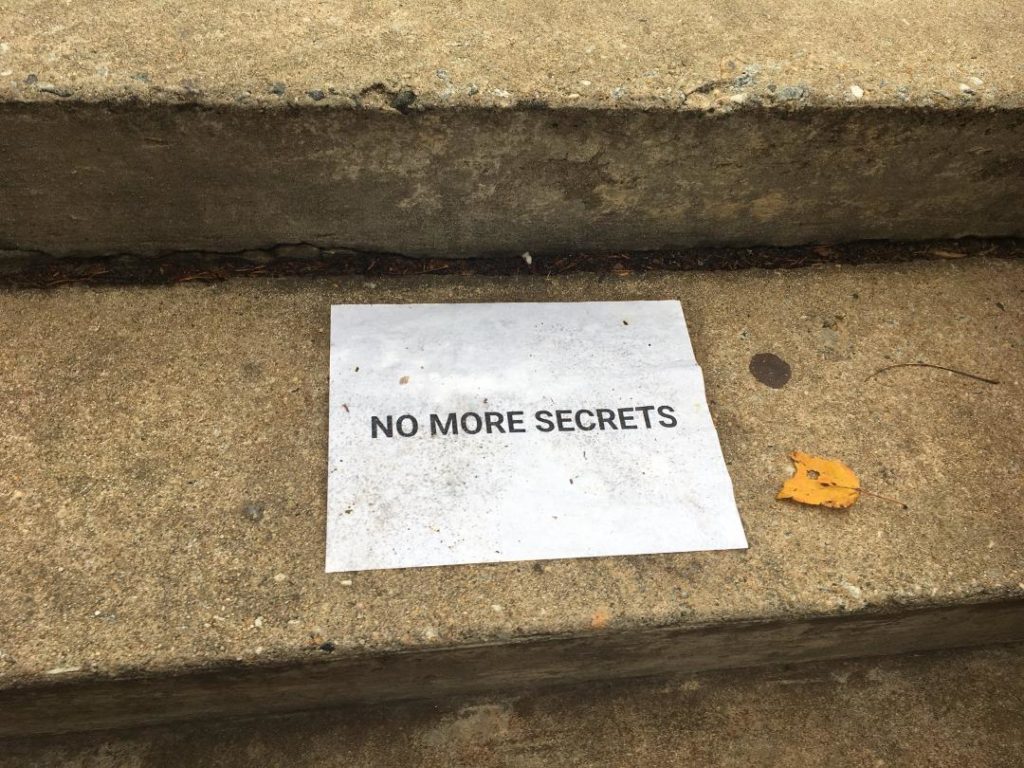 According to The Root, Mary Schmidt Campbell, Ph.D., the president of Spelman College posted a public letter to the community specifically addressing the signs, saying in part… 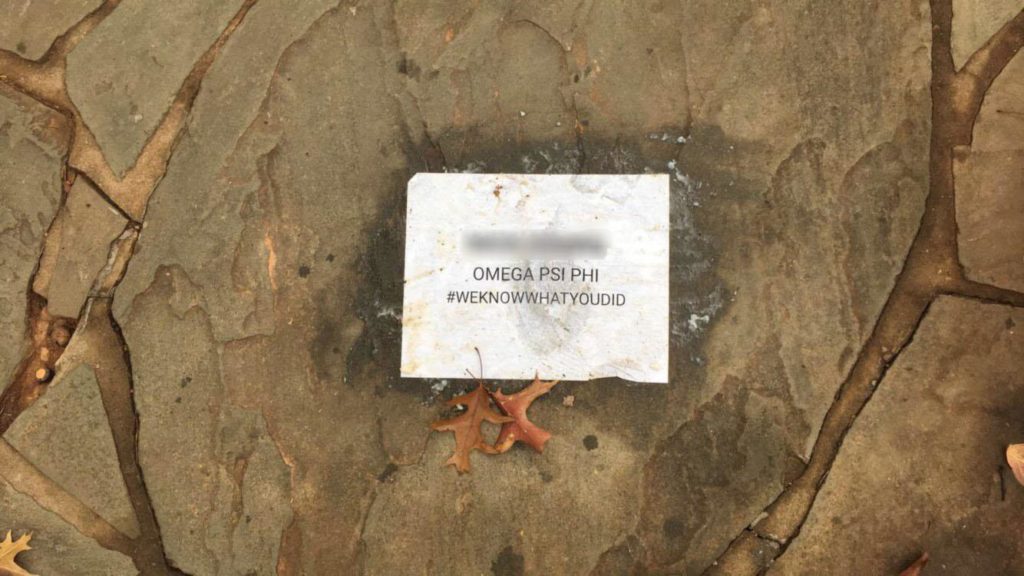 A statement from Morehouse — whose new present-elect, David A. Thomas comes on board in January 2018 — reads:

At Morehouse College, we will investigate all claims of sexual harassment, sexual assault, violence, and discrimination filed with our Title IX Coordinator. Our Sexual Misconduct Policy and Procedures guidelines provide for disciplinary action, including dismissal, if any student or faculty/staff member engages in inappropriate behavior. Morehouse is focused on providing a safe environment for our students, faculty, staff, and visitors. Our priority is to maintain a campus environment that develops young men who are academically excellent, community servants, and leaders in society. 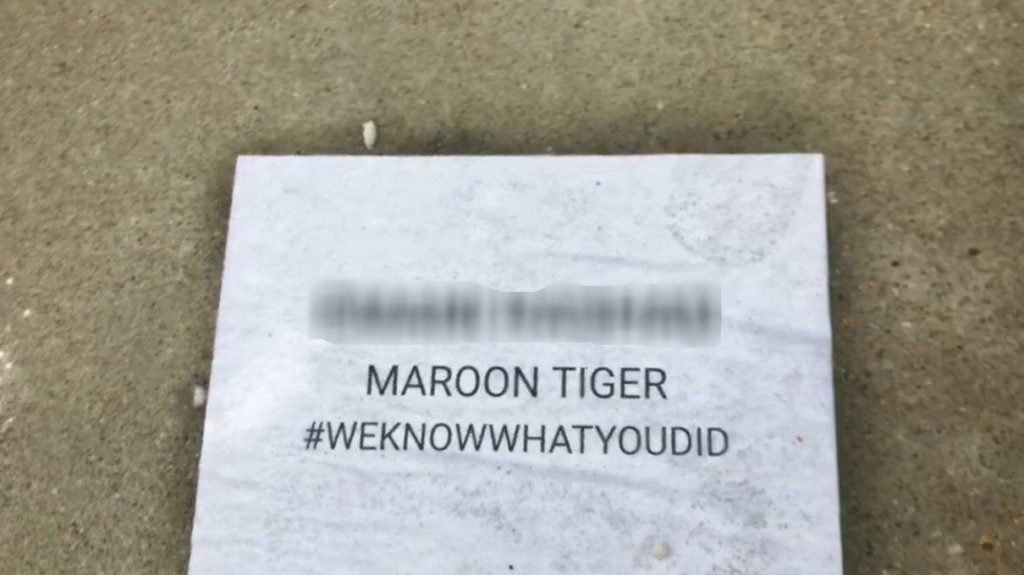 We have programs in place to educate students about sexual misconduct, including the Not In My House campaign, launched to communicate that violence, discrimination, and disrespect will not be tolerated at Morehouse College. We also have a Healthy Campus Task Force, which is composed of students, staff, and faculty members working in collaboration with the Georgia Independent College Association to raise awareness of campus sexual violence and to coordinate prevention efforts. Student leaders, resident assistants, athletes, and campus organizations participate in training that focuses on their roles in spreading the message that sexual misconduct is prohibited and will be investigated.

We encourage anyone who has been impacted by sexual harassment or assault on the Morehouse College campus to come forward and file a complaint or to use our anonymous complaint hotline. 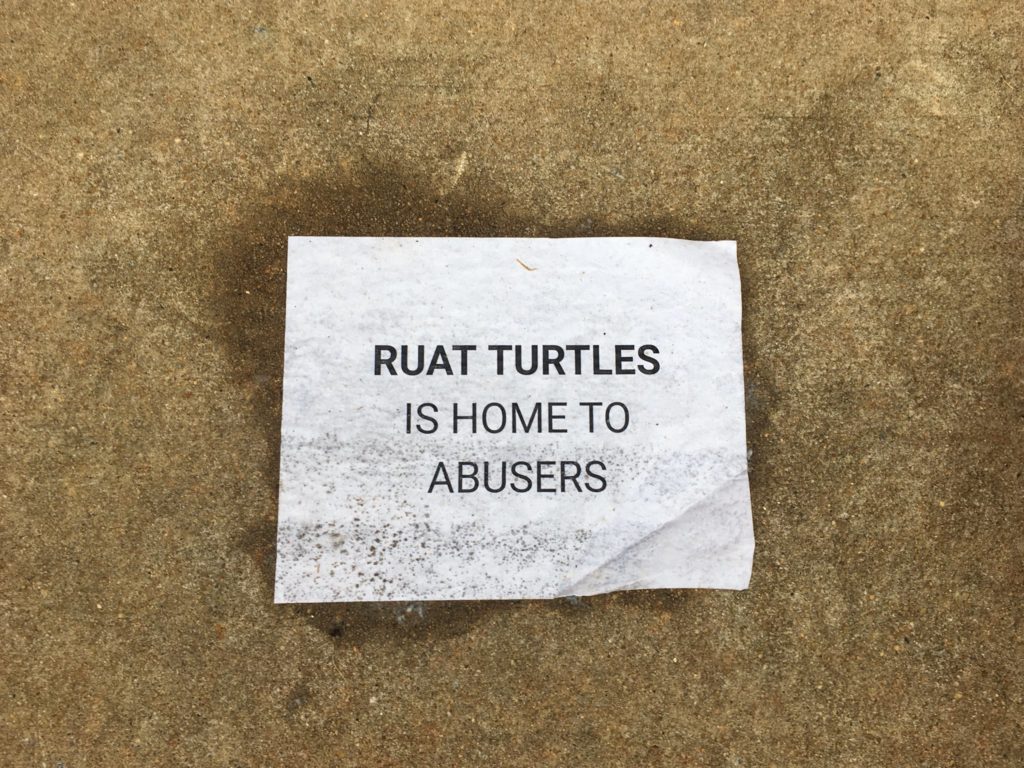 We’re sure to hear more about this in the coming days and will keep you posted with updates.