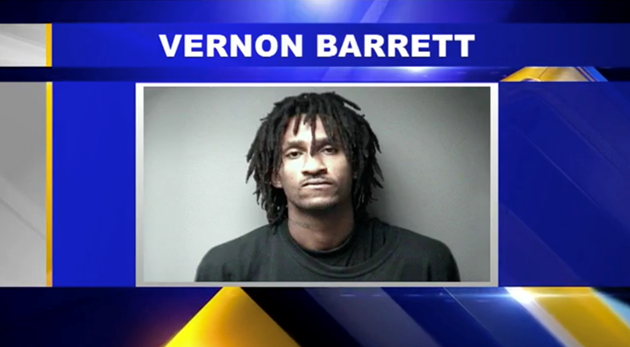 *Vernon Barrett, Jr. of Boardman, Ohio may have had the best of intentions, but he’s probably sitting in jail a bit confused right now. Claiming he wanted to teach his daughter — who he said has been acting up — a lesson, he said he didn’t want to spank her so he decided to don a clown mask and chase her.

Bad idea dude. A neighbor who knew nothing about your intentions witnessed the chase…and he had a gun.

You kind of see where I’m going with this, right?

According to a police report obtained by WKBN, Vernon Barrett Jr. wore a clown mask and chased his six-year-old daughter from their apartment on Aravesta Avenue to an apartment on Lemans Drive on Saturday, according to Boardman Police.

The girl ended up running into the unlocked apartment of a neighbor, when police were dispatched. She was hysterical and obviously frightened, telling the residents that someone with a clown mask was chasing her and asking if she could stay there.

The report said, Dion Santiago, a member of the family, told police he looked out the window and saw Barrett Jr., still wearing the mask, standing outside of the building.

Santiago fired his gun toward the yard of the building next door to scare him off…Barrett Jr. was not hit by the gunshot.

When officers first arrived at the apartment, the report said Santiago was outside the building and pointed at Barrett Jr., saying, ?That?s him right there, officer!?

When did we go from sad clown… 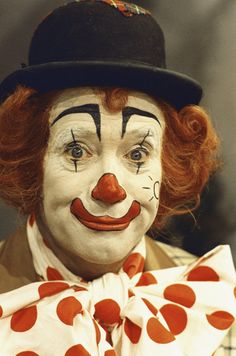 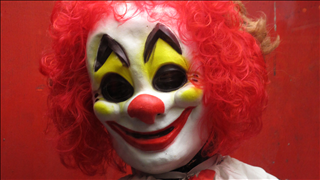 The report continues, officers went inside the building where another family member brought the young girl, who told the officers she was being chased, outside.

An officer tried to explain that the man was her father, but the girl still ran and hid in the back bedroom, the report said.

When Santiago came back outside with the officers, he and the girl’s father started screaming at each other, and Barrett Jr. yelled to Santiago, ?I?ll catch you next week,? according to the report.

Santiago mentioned to the police his alarm was due to recent media coverage about clowns chasing people. Barrett stated his reason for doing so to the police adding that it had been hard to discipline his daughter after her mother was put in jail for child abuse.

Neither of the men got off. Santiago had drank a few beer prior to the incident and was charged with firing a weapon while intoxicated, and Barrett Jr. was charged with inducing panic and child endangerment.

Take a look at the WKBN video report below.