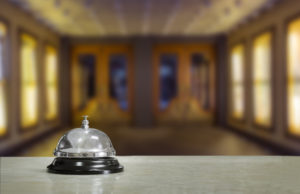 Taking a vacation can be an important thing for workers and managers, especially those that work in high-stress industries or positions. According to a study by Ernst and Young, for every 10 additional hours of vacation time, an employee’s year-end performance can improve 8%. That means that sending employees on a vacation can have a positive effect on business productivity and growth.

And there are a ton of places to visit on a vacation, especially if you want a luxury experience. In fact, there’s a new resort opening in a few years that might be a good one to plan to visit.

The resort is being built by the budget-trip Vegas airline Allegiant Air and is costing a whopping $600 million to construct. The resort will feature what has been termed the “largest swimming pool in North America,” making it definitely worth the trip.

Allegiant Air is expected to open the resort in early 2020, and it will be located in a small town called Port Charlotte, near the Gulf of Mexico. Plans for the complex highlight the 1,000-foot-long swimming pool, 1,100 condo units, and a hotel with 75 to 100 rooms.

Condo prices will range from $650,000 for an 880-square-foot unit to $1.1 million for a three-bedroom unit that’s 1,520 square feet. The rates for the hotel rooms are not yet determined, though they’re likely to mirror similar resorts.

John Redmon, a former Las Vegas hotel executive who is now Allegiant Air’s president, stated that they’ve already started to email individuals to gauge the interest for their resort.

?We sent an email under the Sunseeker name to our database of people who visit Florida, and we got about 4,500 people who expressed interest,? Redmond said. ?About 550 of those people said they?d be willing to spend $750,000 for a unit.?

Despite the costs of these condos, Redmond said that the resort will stick to Allegiant’s business model of catering to families living in small cities. This includes people who live in midwestern America and want to have a taste of a little leisure without intimidation.

?These aren?t people who are going to stay at the Ritz Carlton,? Redmond said. ?They want a resort that?s comfortable and isn?t overly intimidating.?

The new hotel-condo complex is less than six miles from Punta Gorda Airport, where Allegiant flies as the sole carrier. More than half of the airline’s passengers fly to Florida as a destination, so this investment could pay off in the long term.

?This is an amazing opportunity for us because our airline caters to nothing but leisure customers,? said Redmond.