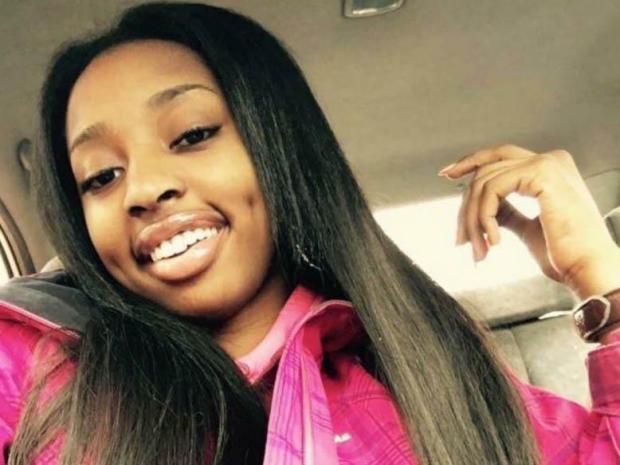 *The mysterious death of 19-year-old Kenneka Jenkins continues to attract attention. As ThisNthat reported this morning, the body of the beautiful young woman was found in a freezer at Chicago’s Crowne Plaza hotel in Rosemont. Today news of her death has gone viral. News outlets who never even appeared interested in Black life (or death) have reports up as of this morning.

A very cryptic Facebook Live video posted by Monifah Shelton, a friend of the dead woman, where netizens claim they hear the dead girl saying, “Help me,” has garnered more than 4M views and a Twitter page in Kenneka Jenkins name (later found to be fake as she had no Twitter account) is suspected to be someone “confessing” to the murder.

All of this interest in the death of a young Black woman points to one thing: Somebody out there knows something.

In a press conference held by the family on Monday, she alleged her daughter’s death was an “inside job.”

In addition to our TNT report this morning, news outlets reporting on Jenkins death include the International Business Times, Newsweek, CBS News, Hollywood Life. A video by her friend, Monifah Shelton, has received 4,377,485 views. In the video a woman, possibly Shelton, is wearing sunglasses. Some suspect a woman seen in the reflection of the sunglasses, sitting on a bed, is Jenkins. The woman in the video is smoking weed at one point, answers the phone at another, and is having intermittent conversations with others in the room — again, possibly including Jenkins.

The first post on it is very disturbing and the only thing that may be “fake” about it is the use of Jenkins’ name as the author. Folks on the ‘Net have even suspected the murderer is freeing her or his conscience.

?It was Shamaya,? the first tweet on the hoax account read. ?I have a confession. I just have to get it off my chest. I’m scared.?

Subsequent tweets had the impersonator promising to tell ?the truth? in five hours. ?It’s started as we were going to the party and… I’m nervous.?

In obvious total disgust that anyone would create a fake account of the dead woman, one comment said, ?Y?all really out here making fake pages of the girl.?

While the page was discovered as fake, one netizen tweeted. ?…this could be someone that was there in the room telling the world whose fault it was. This could be huge information just this tweet.”

As strange as this sounds, in our own TNT plea, where we asked readers ‘out there’ to contact the Chicago police department if they knew of or heard anything suspicious from someone who may have been at the crime scene, this crime could possibly be solved by the public in a Wisdom of the Crowd type approach. I promise you, I have nothing to do with this new CBS drama that creates a hub space for the public to provide theories on crimes, but I’ll be one of the first to admit: it may be on to something.

2 thoughts on “Many Eyes on Mysterious Death of Kenneka Jenkins: #SomebodyKnowsSomething”