*Catastrophic natural disasters are definitely upon us as the second hurricane we’ve witnessed in a matter of weeks totally obliterates two tiny islands in its wake. Called one of the most powerful Atlantic storms on record, with winds traveling at 185 mph and heavy rains, as of Wednesday the Category Five Hell-raiser named ‘Hurricane Irma’ had made its mark on the northern part of Puerto Rico and claimed at least seven lives as it ripped through the Caribbean; leaving the islands of St. Martin and Barbuda in complete rubble.

Officials say the French part of St Martin — a pristine resort known for its vibrant nightlife — suffered the storm’s full fury: killing at least six people and decimating nearly all of the dwellings. The island is divided between the Netherlands and France.

Sadly, more deaths are anticipated. There has been no water or electricity, causing French President Emmanuel Macron to hopelessly see the final toll being “harsh and cruel.”

To the southeast, Barbuda, part of the twin island nation of Antigua and Barbuda, suffered “absolute devastation” with 95 percent of properties damaged, and up to 30 percent demolished, according to Prime Minister Gaston Browne. 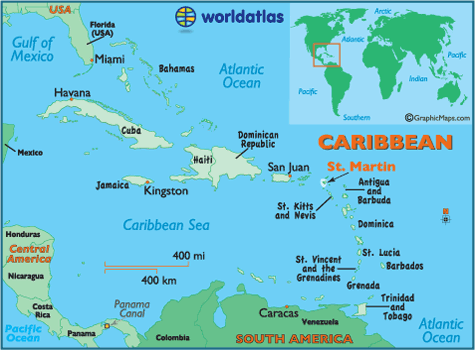 “Barbuda now is literally rubble,” Browne said. One person is known to have died on the island of 1,600 residents, apparently a child whose family was trying to get to safer ground.

Now there is fear that Irma is on a collision course with south Florida’s most vulnerable areas — where evacuations are still taking place.

RELATED: HOW HURRICANES GET THEIR NAMES

More than half of Puerto Rico’s population of three million is without power, with rivers breaking their banks in the center and north of the island where Governor Ricardo Rossello activated the National Guard and opened storm shelters sufficient to house up to 62,000 people.

Read more on the path Hurricane Irma is predicted to follow at Yahoo News.

I know I don’t have to say it, but I will anyway. Let’s put our palms together and offer prayers for anyone in these affected areas. And if there is any chance you can afford to help in any other way, I am sure the Red Cross or other authentic agencies would love to hear from you.