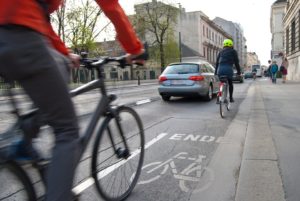 Bicycling is undoubtedly a beloved American pastime, and its popularity only continues to rise. In 2015 alone, 36 million Americans over the age of seven rode a bike six times or more. But unfortunately, as cycling becomes more prevalent, bicycle-related deaths do, too. And while a national report has found that bike fatalities are on an upsurge, many states aren’t exactly sure how to fix the problem.

The Governors Highway Safety Association found that there were 818 bicycle fatalities in 2015. While that may not seem like a lot when compared to the 6 million car accidents that occur throughout the nation every year, it’s important to keep in mind that cyclists are much more vulnerable to serious injury in a crash. And while those 818 fatalities represent an 18% decrease as compared with data from 1975, it’s a 12.2% increase from just a year prior, in 2014. Because biking has become more widespread in general, and particularly as a way to commute to work, that increase of bicyclists on major roadways increases the risk of a fatal accident.

One piece of good news is that bike fatalities involving children and teens have decreased by nearly 90% over the last 40 years. In 2015, 89% of fatal collisions that occurred involved cyclists over age 20, with the average age being 45.

The factors that contribute to these accidents are multi-faceted. Around 72% of incidents occur in non-intersection locations, and many of these crashes occur when the driver of a car does not see the cyclist. Unfortunately, cyclists often expect drivers to yield the right of way. In 37% of bicyclist fatalities in 2015, alcohol was a factor for either the driver or the cyclist.

Some cities and states are taking action to improve these conditions, but these measures are inconsistent across the board. The state of Pennsylvania has received a $1 million federal grant to address bicycle and pedestrian safety over the next three years, while other municipalities are focusing on better police training, public awareness campaigns, bike lane creation, and bike sharing programs.

Jonathan Adkins, the executive director of the Governors Highway Safety Association, said in a statement:

“State highway safety agencies are tasked with addressing road user behavior through public awareness, so they are uniquely positioned to educate people about the safety benefits of engineering improvements and build support for better roadway design … While engineering solutions are vital, states and communities cannot solely build their way out of the problem. These changes should be accompanied by education and enforcement to be most effective.”