Disney?s THE PRINCESS AND THE FROG, presented in 2D, will screen September 13th-20th. 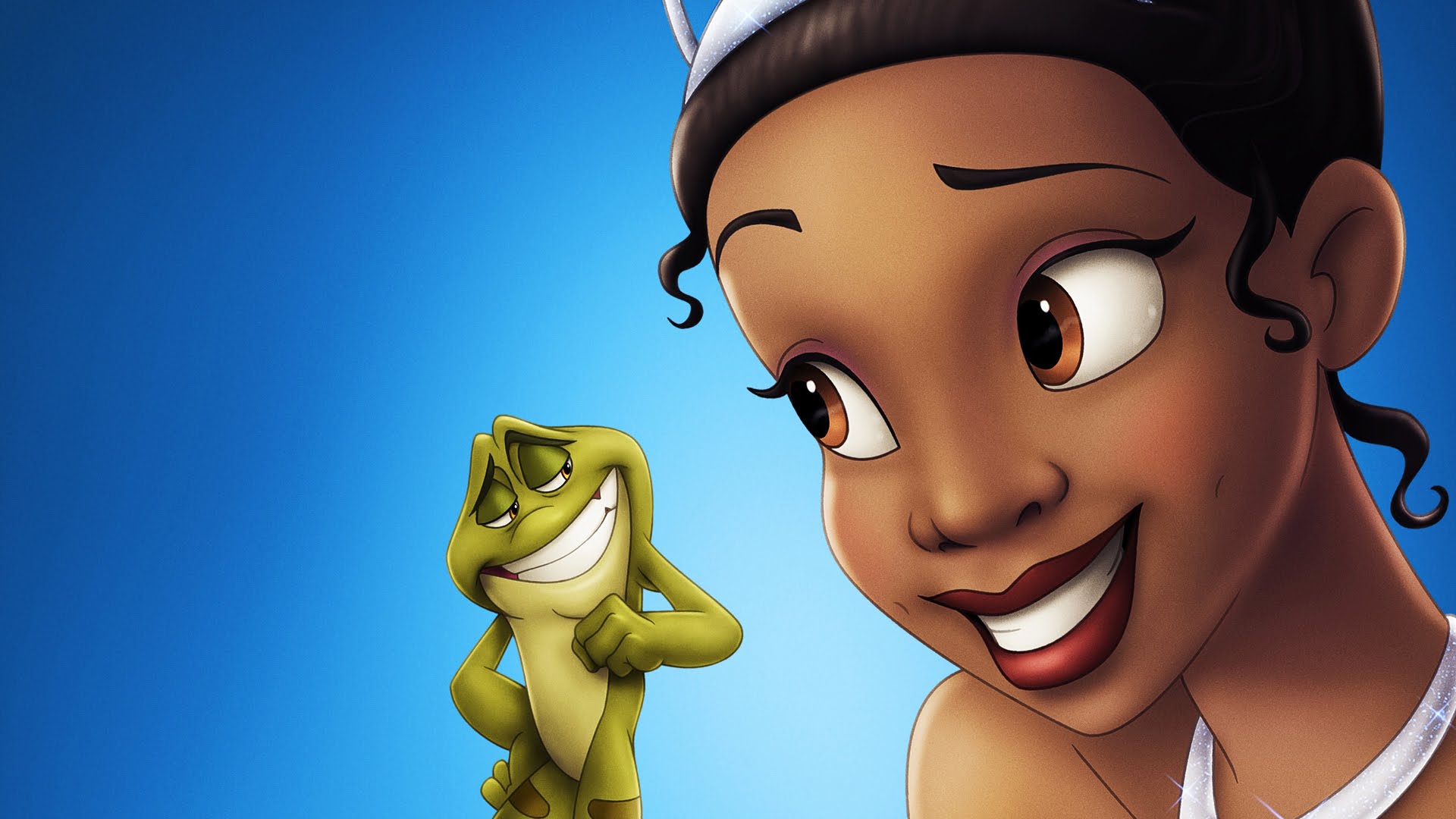 The films screen exclusively at The El Capitan Theatre; where ticketed guests will have the opportunity to take a photo with the Princess after her movie.

Disney Princesses as exemplified in the four films of DREAM BIG, PRINCESS at the El Capitan Theatre inspire girls everywhere to dream, create and celebrate who they are by giving them the role models audiences all know and love.

For every girl who dreams big, there?s a princess to show her it?s possible. 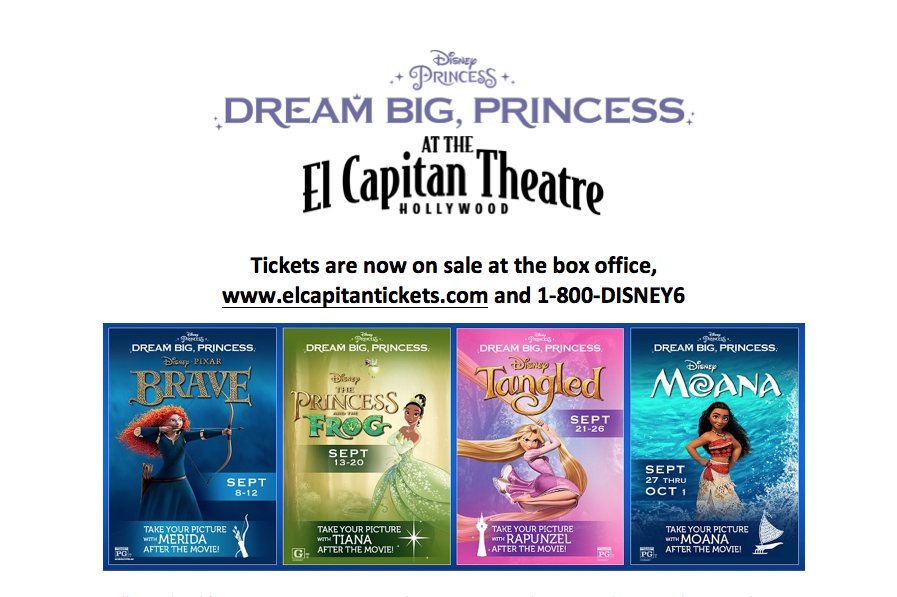 A princess is someone who befriends the lonely, never gives up and explores new and exciting worlds. She sets an example for all girls to have the courage to make their dreams real, the strength to protect our planet and the wisdom to believe in themselves and what they can accomplish if they dare to dream big.

The El Capitan Theatre General Manager Ed Collins said, ?Since it first launched in 2016, Disney?s ?Dream Big, Princess? movement has inspired young dreamers around the world to realize their full potential. We are thrilled to not only showcase four of these legendary films at The El Capitan Theatre, but offer our audiences a chance to meet these inspirational princesses in person.?

The El Capitan Theatre will also host very special Tiny Tot Tuesdays at 10:00AM for ?DREAM BIG, PRINCESS AT THE EL CAPITAN THEATRE?.  During these special screenings, parents and small children may enjoy the movie in a tot-friendly way?with lights dimmed rather than out and reduced sound levels.

ABOUT DISNEY?PIXAR?S BRAVE
Merida, an impulsive young lady and daughter to King Fergus and Queen Elinor, is determined to carve her own path in life. Defying the age-old and sacred customs, Merida’s actions inadvertently unleash chaos and fury with the other Scottish Lords, and in the process she stumbles upon an eccentric and wise old woman who grants her ill-fated wish. The ensuing peril forces Merida to discover the true meaning of bravery in order to undo a beastly curse before it’s too late.

ABOUT DISNEY?S THE PRINCESS AND THE FROG
With a modern twist on a classic tale, this animated comedy is set in the great city of New Orleans. Featuring a beautiful girl named Tiana, a frog prince who desperately wants to be human again, and a fateful kiss that leads them both on a hilarious adventure through the mystical bayous of Louisiana.

ABOUT DISNEY?S TANGLED
When the kingdom’s most wanted, and most charming, bandit Flynn Rider hides in a mysterious tower, the last thing he expects to find is Rapunzel, a spirited teen with an unlikely superpower: 70 feet of magical golden hair! Together, the unlikely duo sets off on a fantastic journey filled with surprising heroes, laughter and suspense.

ABOUT DISNEY?S MOANA
For centuries, the greatest sailors in the world masterfully navigated the vast Pacific, discovering the many islands of Oceania. But then, 3,000 years ago, their voyages stopped for a millennium ? and no one knows exactly why. Inexplicably drawn to the ocean, Moana (voice of Auli’i Cravalho) convinces the mighty demigod Maui (voice of Dwayne Johnson) to join her mission, and he reluctantly helps her become a wayfinder like her ancestors who sailed before her. Together, they voyage across the open ocean on an action-packed adventure, encountering enormous monsters and impossible odds, and along the way, Moana fulfills her quest and discovers the one thing she’s always sought: her own identity.

In 1989, the Walt Disney Company joined forces with Pacific Theatres and launched a two-year, museum quality restoration of The El Capitan, led by renowned theatre designer Joseph J. Musil. Musil with the supervision of the National Park Service’s Department of the Interior, and guidance from conservator Martin Weil and architect Ed Fields, achieved the goal recreating the original 1926 look and feel — including original design elements such as the ornate plasterwork found hidden behind walls and the opera boxes in the main auditorium.