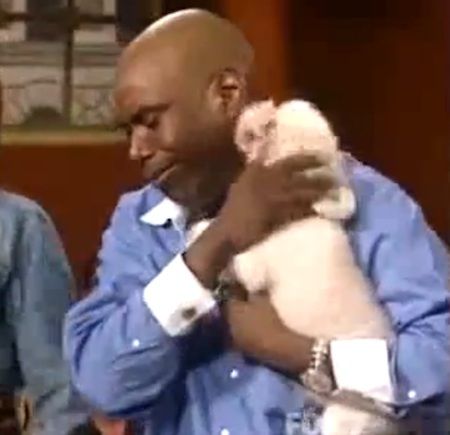 *In a case of whose dog is it, a woman and a man are fighting over ownership of a cute little poodle. In a recent episode of ‘Judge Judy,’ TV magistrate Judith Sheindlin put her no nonsense approach to the test…again.

A video recap shows a woman who says she legally purchased the dog, and a male opposing litigant who says the dog is his. In an attempt to get to the bottom of this quickly, Judy tells a woman in the court to bring the little dog in.

She does so, amidst the oohs and aahs from people seated in the courtroom.

‘Put the dog down’ the judge commands.

In what we can call nothing short if a nano-second, the dog scurries over to the male litigant and jumps up and down; wanting to be picked up.

The woman, obviously feeling the need to think fast says, “He does that to everybody.”

But that was all Sheindlin, who must have dogs herself, needed to see.

The videotape of this heartwarming case went viral.

See the video below. Its hilarious.