*MJ may have asked “Who’s Bad?” in his megahit “Bad,” (you know, the one Prince took issue with?); but now I’m asking “Who’s brave?” and the answer is actress Drew Barrymore. The self-described beauty junkie who currently stars on the Netflix original series, ‘Santa Clarita Diet’ posted a selfie of her unkempt self on Instagram on Monday asking, “How did I let it get this bad?”

The photo, which I thought was someone else when I first saw the Barrymore name (and the photo) in the headline on Yahoo News, shows Barrymore in her natural state: heavy uni-brows, graying hair and, of course, no makeup.

In Barrymore’s business, the business of entertainment — where beauty is a major factor — its a pretty bold move for the sole heir of the Barrymore legacy estate to make. But guess what?

…her fans are loving it!

If anything, it goes to show (beyond the miracles of makeup) that people are interested in honesty; which should, but sadly doesn’t always, trump what some may see as externally beautiful.

For those who may not know, Barrymore, who’s net worth stands at $125M, grew up in one of America’s greatest acting families.

Here is the Drew Barrymore we became accustomed to seeing. 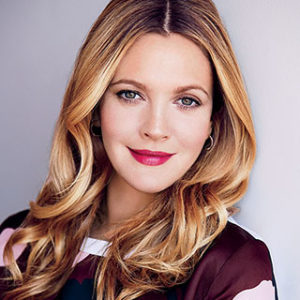 and here’s the Drew Barrymore Instagram fans saw on Monday.

Now I know, we all look different before we put our face on. Hell, I scare myself when I first wake up and look in the mirror! And you can bet, unless I’m trying to prove a point (like I did in a bare-faced hoodie post on social media during the Trayvon Martin incident), I wouldn’t be caught dead ‘out loud’ without at least my eyeliner and brow filler.

Fans appreciated Barrymore?s candor. The post has had more than 94,000 likes and hundreds of comments calling the brow selfie ( #browfie, actually) ?refreshing? and ?beautiful.?
?Glad to know I?m not the only one who needs to do brows. Sometimes ya gotta let them go!? one comment read; while others added: ?I was right there with you?a cut and color saved me the other day?? and ?It?s like looking in a brow mirror this morning brow sister, love this pic and you!?
At least one comment gets right to the point: ?Female maintenance is exhausting at times.?

Isn’t that something? Now I’ve got a question for you.

Do you think our Black audience would be so, what’s the word… “forgiving?”

I can’t wait to see your comments.