*He served his country well! Cena, a beautiful 10-year-old Black Labrador, was recently diagnosed with terminal bone cancer. On Wednesday, hundreds gathered for a final farewell in Muskegon, Michigan, as the dog took a final ride with all the bells and whistles afforded a military hero. He was then  euthanized at a museum ship in and carried off in a flag-draped coffin. 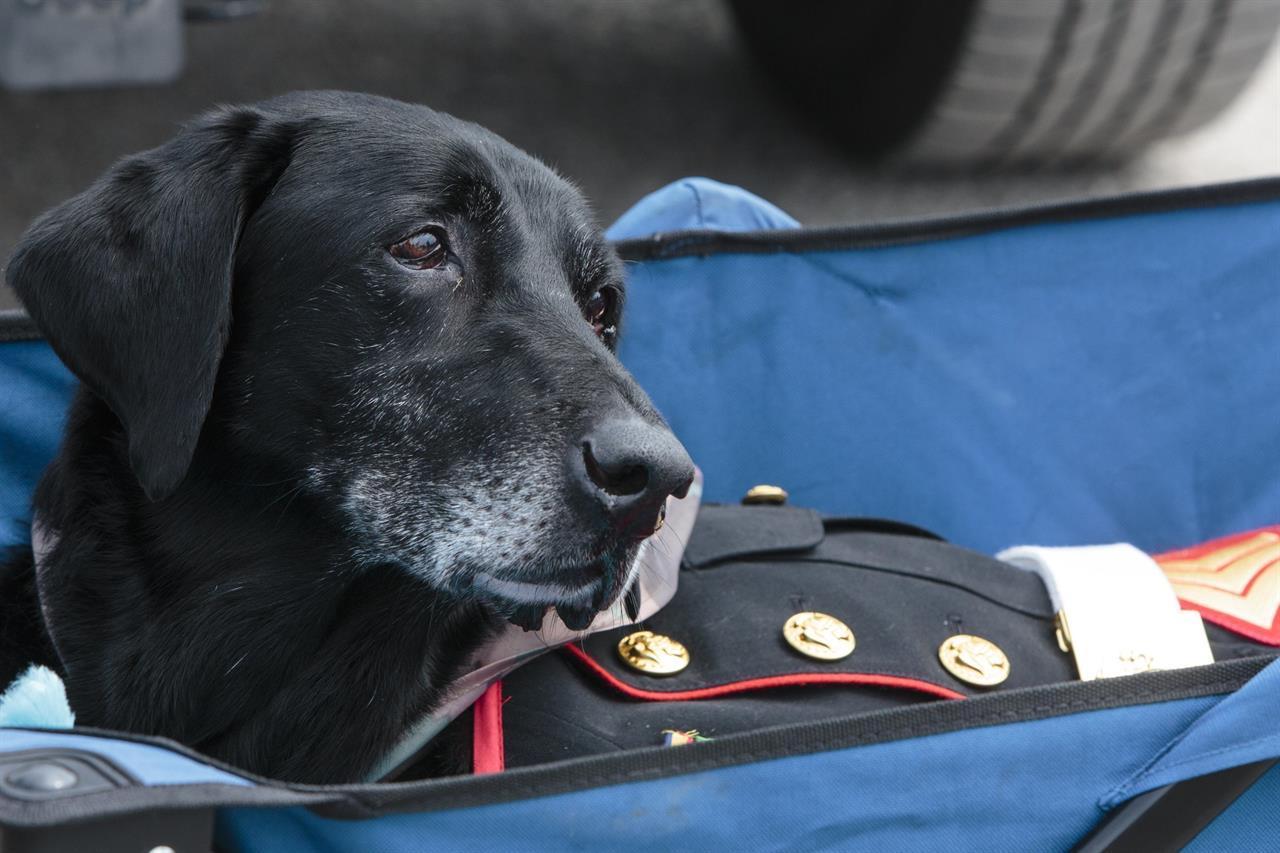 Cena, a bomb-sniffer for the Marines, had served three tours in Afghanistan with the U.S. Marines until his retirement in 2014. He then went to partner with Lance Cpl. Jeff DeYoung, his first wartime partner, as a service dog.

DeYoung organized the moving event saying he wanted to give his dog one last ride in a topless Jeep.