*‘The animal. The animal. Trap. Trap. Trap ’til the cage is full. The cage is full. The day is new. And everybody’s waitin’– waitin’ on you and you’ve got t-i-m-e! I know you can hear the music in your head, and image those all-too-real faces of imprisoned women flashing across the screen. Fans of the hit show and original Netflix offering, ‘Orange Is The New Black’ know what’s up. We don’t care what anybody else says, ‘OITNB’ is still one of the best shows on TV! The writing, acting, camera work, story lines, all exceptional.

OK, it went through a dud season. But following the powerful Seasons 1 and 2, our expectations were through the roof so of course by the time Season 3 rolled around we were all like: Is THAT all you got?

But baby, have you binged your way through Season 4 yet? They made up for it.

I don’t know about you, but when I get to know some of these TV characters — and let’s be real, the women on this show are some real characters — I want to learn more about the person behind the actor. I become interested in what they really look like. What do they sound like when they talk? How do they explain the building of their character and if they are anything like the character they portray? Are they really acting?

I mean, if home-girl is a lesbian in real life, is it that much of a stretch to play one on TV? Would I ever be able to look at Uzo Abuba as anything other than “Crazy Eyes?” 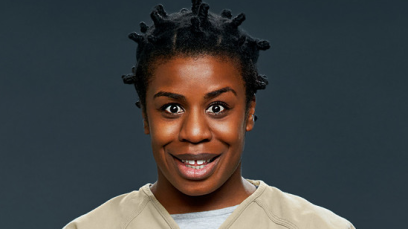 What about those two meth-head girls: Julie Lake aka “Angie” (ugh those teeth!!!) and her partner in crime, Leanne Taylor. 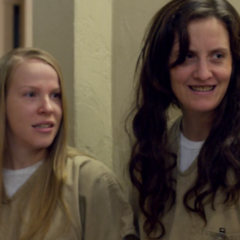 What about the crackhead girl, Taryn Manning, who we really came to love you know, the one that got raped by the security guard? Man, do you remember girlfriend from Hustle and Flow? 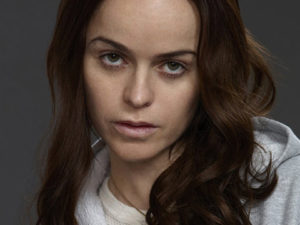 OMG I can’t forget about “Taystee” (Danielle Brooks)! Her character REALLY gets some backstory in this latest season and she really gets to show her strong acting chops even more. 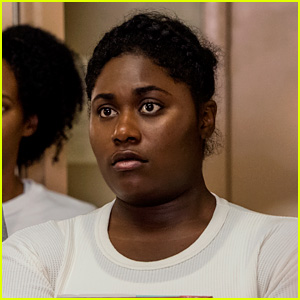 …and Yael Stone as “Lorna”! Her accent is so think I’ve often wondered if it hurts her to talk.

Oh! but that makeup tho’. 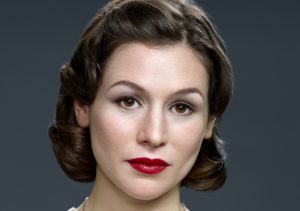 and Lori Petty as “Lolly” Omg. No words. None! 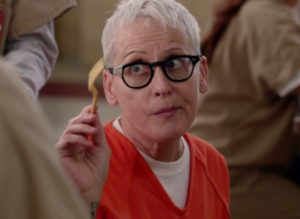 SIDEBAR: EVER WONDER WHY THE SHOW IS CALLED ‘ORANGE IS THE NEW BLACK?’

The Netflix series is called “Orange is the New Black” because it is based off of a memoir by Piper Kerman called Orange Is the New Black: My Year in a Women’s Prison. As the other answers have said, “the new black” is an idiom of sorts in fashion, because wearing black is fashionable (black goes with everything).

You will be blown away as you look at these fabulous female actors in REAL life on the video below.

NOW FOR THE VIDEO…Whew gurl! Is THAT you? To say you sho’ do clean up well is an understatement!

Let me hear your thoughts in the comments section on this page.

One thought on “Whoa! Girl Is That You? See What Cast of Orange Is The New Black Looks Like in Real Life (Watch)”