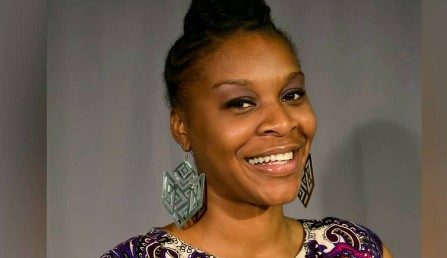 *July 13 will mark two years since the death of Sandra Bland, the African American woman who had moved to Waller County, Texas to start a new job; but ended up being pulled over and manhandled by a cop named Brian Encinia for an alleged traffic violation, and two days later, was found hanging in her cell at the Waller County jail. The coroner called her death a suicide, but many, including the family, didn’t buy it.

Out of Bland’s death a movement called Black Lives Matter was born.

Geneva Reed-Veal, Sandra Bland’s mother, recently collected a priority mail box from  the Waller County jail that holds her daughter’s belongings. In an emotional exclusive video, a strong and determined Reed-Veal speaks to reporter Kaitlin McCulley of ABC13 as she reveals the contents in the box. She let’s out a faint sigh as she holds in her flood of emotion and begins to go through the box.

“This is her sundress. And this is what she changed into the orange garb in,” she explains, telling us that it was the last thing her daughter wore that actually belonged to her.

She continues, “It’s surreal. To be on Sandra Bland Park Way, named Sandra Bland Park Way because she’s no longer here. And to have this here dress, remembering how it fit her. Remembering seeing her sashay with it.” You can just hear the the tightness in her throat as she folds the dress and says, “It’s a little difficult, but its a kind of closure.”

The box also held a traffic citation issued to Bland by Brian Encinia for driving with an invalid Texas license, two driver’s licenses — one expired, the other from Illinois that would have expired in 2018.

The scene is especially taxing as we learn that the perjury charge against Brian Encinia was recently dropped. Encinia was caught red-handed in a lie when he said — in a sworn affidavit — that Bland had been ‘combative and uncooperative’ prior to the revelation of dash cam footage showing the contrary. The caveat to his dropped charge is that he surrender his “peace officer” license and not work in law enforcement ever again.

The case will also remain a permanent part of his record.

But Reed-Veal is a woman on a mission. She didn’t just take the $1.9M civil lawsuit settlement against Waller County and DPS and quietly fade into a gray history. She has since relocated to Waller County, where she plans to use the money to lend support to other families that experience racial injustices.

“It’s time for my journey here,” Reed-Veal said. “If I have to stay here forever, I will do that. I am on a mission.”

As she stands on the very street where her daughter’s altercation happened in July 2015, she tells ABC13 that she plans to build affordable student housing for students at Prairie View A&M University.

“That’s going to be Sandy’s Place of Peace, the other is going to be like a restoration house for unemployed people, teaching job training skills and that kind of stuff,” she explains.

See the video of Geneva Reed-Veal below.

One thought on “Mother of Sandra Bland Moves to Waller County, Where Daughter Died: “I’ve Got Work to Do!” (Watch)”