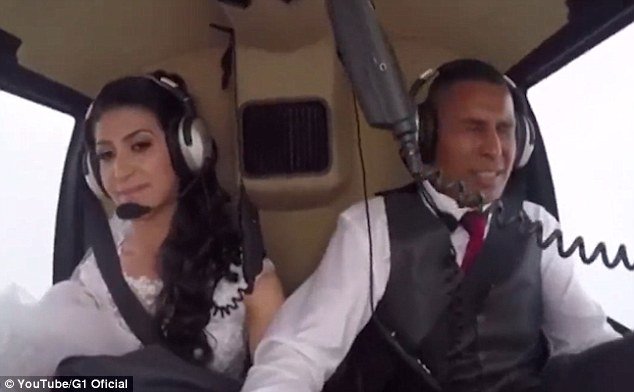 *Oh god. This is unfathomable heartbreak on every level. Bride-to-Be Rosemere do Nascimento Silva reportedly wanted to surprise her groom and the 300 wedding guests by making an entrance to her wedding via helicopter. The beautiful bride, her brother, a photographer that was six months pregnant and the pilot never made it. The plane crashed just outside of Sao Paulo, Brazil, nearly a mile from the reception, according to a report by the Daily Record, killing all four.

The horrific news was told to the groom and waiting guests by the pastor. The groom reportedly went into total shock.

The crash, which actually happened in May 2016 but just emerged on Brazilian media, is said to have been caused by bad weather, as you can see from the video. A Fox News report says Police and air crash investigators were looking into reports that the helicopter may have hit a tree amid poor visibility with rain, fog, and clouds.

Eight fire engines rushed to the scene of the crash, but rescuers could not save any of the four victims in time.

Please be warned: This is heartbreaking video.