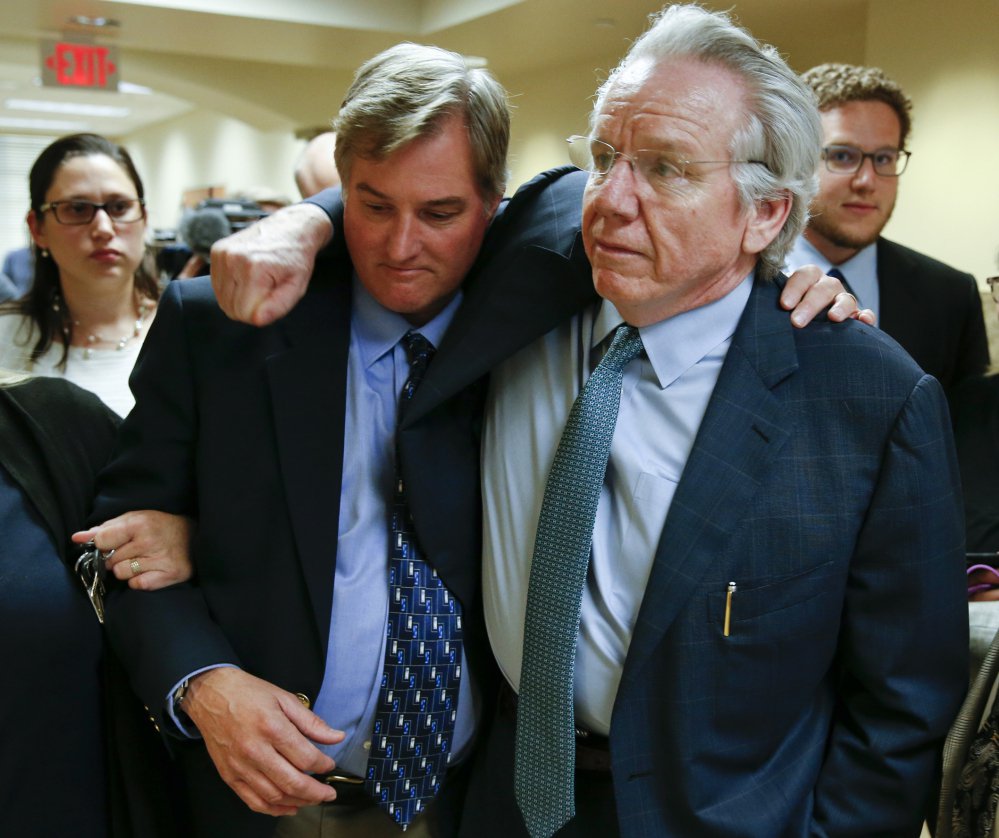 Shannon Kepler and his attorney Richard O’Carroll (R) leave courthouse following mistrial decision.*A judge has once again shocked prosecutors and family members of 19-year-old Jeremy Lake, who lost his life at the hands a white Oklahoma ex-cop — whose daughter he had just started dating.

Even the photo above, showing Shannon Kepler’s attorney hugging all over him, looks odd. I’ve never had an attorney show me so much love. Have you?

Kepler shot the teen as the boy was, according to his aunt, reaching to introduce himself and shake the cop’s hand. Kepler claims the shooting was in self-defense; saying Lake was armed. But the police found no weapon on Lake nor anywhere at the scene.

“I’ve never encountered a dynamic like this in 25 years of practice. In my opinion, there should be some compulsion placed on jurors to reach a verdict.”

The jurors had been instructed by Holmes that they could convict Kepler of first-degree murder; which would mean life in prison, or manslaughter — a lesser charge that carries a sentence of four years to life in prison. But a 6-6 deadlock from the jury left uncertainty, according to Kunzweiler, about the actual breakdown. Was it six for conviction and six for acquittal? Or was it six for murder and six for the lesser charge of manslaughter?

The media reached out to Kepler’s happy attorney, Richard O’Carroll, but have yet to get a call back.

Kepler, a 24-year veteran of the Tulsa Police Dept. retired from the force after he was charged, claims he was protecting his 18-year-old daughter, Lisa, who he says had run away from home and was living in a crime-ridden area.

Holmes is the same judge that declared mistrials in the two previous trials that took place in November and February. There, jurors had deadlocked on 11-1 and 10-2 in favor of Kepler being guilty.

Jurors in the first trial couldn’t agree on a murder charge, but they did convict Kepler of recklessly using his firearm.

“But I’m not giving up hope,” she said. “We’re believing in God and justice for Jeremy.”

Not to mention the fact that his daughter will probably hate him for the rest of his natural life.

Lake’s murder is the latest in a handful of Black lives taken by white officers in the Tulsa area in recent years.