Root canals have long been the best strategy to save teeth that are infected or decaying, but that does not mean it is without its problems: both brittleness and an increased susceptibility 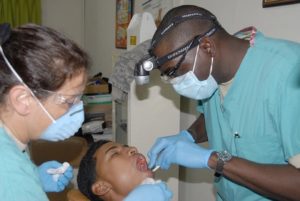 to fracture have been thought of as possible side-effects of the tooth saving procedure. By using prefabricated blood vessels, researchers from OHSU hope to reduce the number of root canal related problems.

Currently, root canals are performed by removing infected dental tissue which is then replaced by synthetic biomaterial and covered with a protective crown. While this prevents the spread of infection and additional damage, it also effectively kills the tooth.

In a statement, Berassoni said, ?This process [Root Canal] eliminates the tooth’s blood and nerve supply, rendering it lifeless and void of any biological response or defense mechanism. Without this functionality, adult teeth may be lost much sooner, which can result in much greater concerns, such as the need for dentures or dental implants.?

Teeth are an important part of American culture, so much so, in fact, that 96% of American adults think a good smile is an important feature for attracting a potential romantic partner. At the same time, tooth care is one of the most commonly forgotten aspects of personal hygiene, with as many as one in 10 adults regularly forgetting to brush.

Before this new innovation, people with root canal related brittleness were often forced to have damaged teeth pulled, either investing in expensive dentures or implants. This new technique might prove the difference in maintaining natural teeth, even decades after a root canal.

?This result proves that fabrication of artificial blood vessels can be a highly effective strategy for fully regenerating the function of teeth,? Bertassoni said. ?We believe that this finding may change the way that root canal treatments are done in the future.?