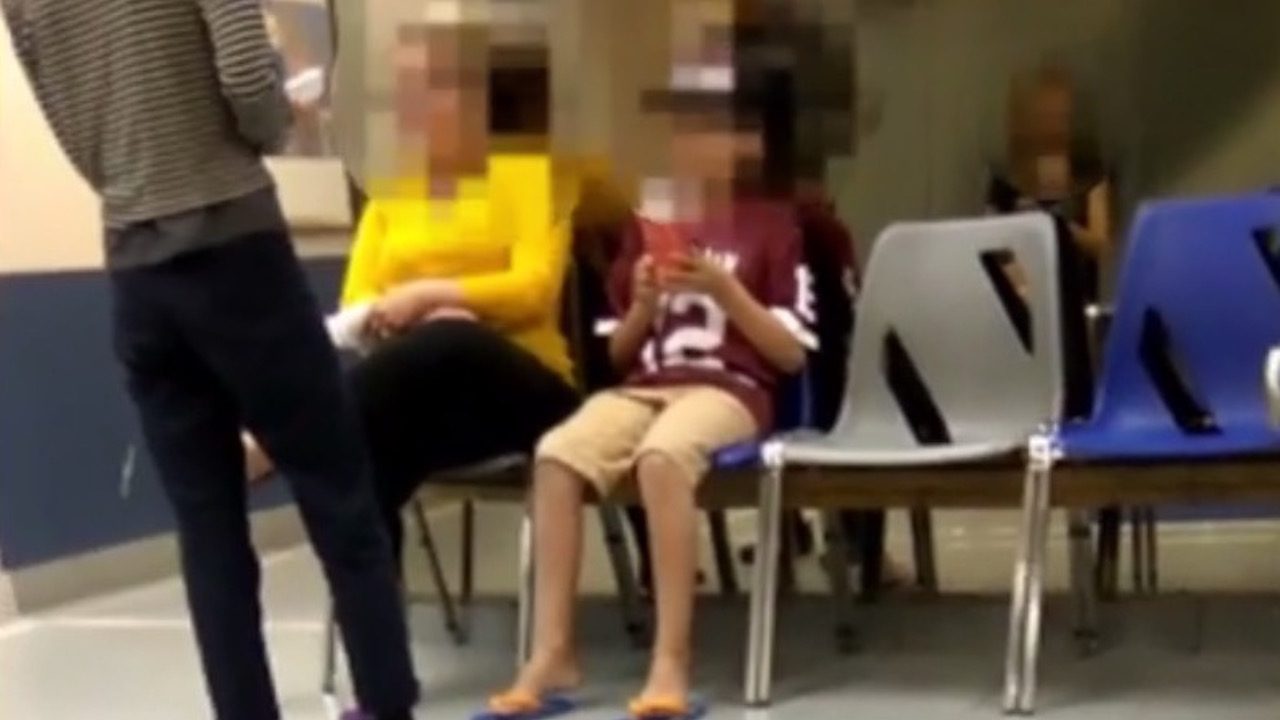 *Question: If you hated white people, and the nearest clinic to you ONLY had white doctors, and your kid had complained to you that he felt ill; would you put your hate aside in the best interest of your child?

You stew on that while I introduce you to a Canadian woman who obviously didn’t love her kid enough to let her hate go.

“Can I see a doctor please that’s white. Who doesn’t have brown teeth and who speaks English,” the white woman sitting in the reception area of a clinic in Ontario, Canada is heard saying to an employee around the :15 second mark in the video below. Her son sits beside her and looks to be playing a video game on some device.

You hear comments from people in the area who are obviously disgusted by her behavior calling out “unbelievable” and “go to the hospital” and “speak English is one thing, being white is another.” Someone also starts a sentence saying, “Does being white make him…” but trails off as the woman is obviously still talking and repeating herself as he heads towards the reception window and begins screaming at the workers.

When the 4-minute video, recorded by someone waiting in the clinic reception area was posted earlier this week, it went viral and the public was outraged.

The clinic said to be in Ontario, Canada and the woman, who is wearing a yellow top had been told she would have to wait until 4 pm to see a doctor. As she heads towards the reception window we can assume the comment “OK listen b*tch, don’t get ahead of yourself comes from her, but it unclear who it is meant for. Someone waiting in the room? One of the workers?

The woman was told she had to wait until 4pm, presumably that was the time a white doctor would come in. But this didn’t satisfy her.

The deluge of rhetoric from this woman continues and goes from the ridiculous to the sublime. She starts talking about how she was at some hospital where children’s body parts got amputated (implying it was done because the doctors didn’t speak English).

Later on, while still standing at the window badgering the staff she asks (off camera) “How do you communicate if the doctors can’t speak English?” A worker is heard responding, “They are licensed, that’s why they’re here.”

The woman turns away from the reception window saying, “Being white in this country, I should just shoot myself.”

Oh the chuckles from those onlookers! Do you hear someone say, “Go ahead”?

Then she throws up her hands and says — and no, the following is NOT a grammatical error on this writer’s part — “My kid is part not white, so can we get somebody to see him who at least speaks English? 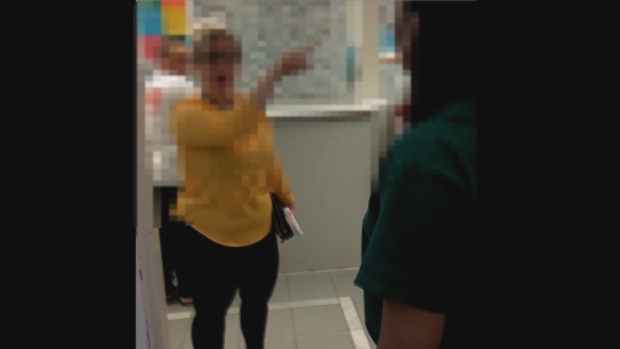 Some brave soul (a woman who looks like she may be Indian) who has obviously had enough of this parasite steps up and says, “Your child clearly has more issues with you being his mother than him needing to see a doctor. You are extremely rude and racist. You want to talk about Paki people being in a hospital, maybe you should check yourself in!”

Everything goes nuts as people begin talking at once. The woman is yelling at the one who bravely stood up; and some man in the waiting room, who sounds Indian as well, has now jumped in commenting off camera.

Good lord! It’s a hot mess. I’ve got to save the ending for your eyes.

Racism is so very ugly.

Here’s the video. It’s one of those things you’ve just got to see for yourself.  SMDH hard!