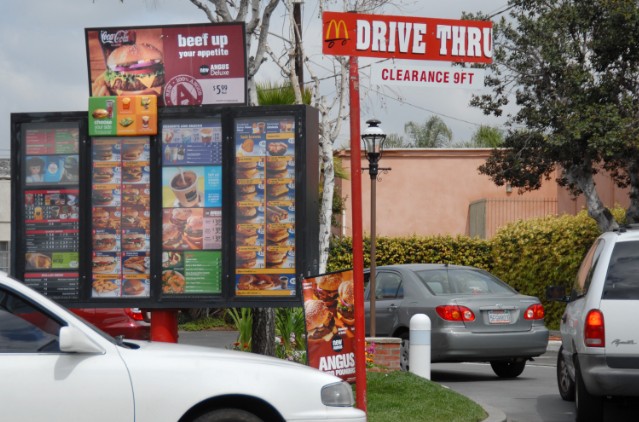 *I swear, these kids who just insist on having it there way! In this “I want it and I want it now” existence we share, I recently learned about a young tyke in Ohio who could not wait to get his taste-buds fulfilled by a Mickey D’s cheeseburger, so what did he do on Sunday morning? He grabbed his little sister and jumped into the family car –keys in hand — and drove to McDonald’s.

According to what Jacob Koehler — a police officer in East Palestine, Ohio told The Morning Journal, his department received numerous calls describing the scene of a car being driven by a  little boy.

But get this: many of the observers didn’t hesitate to mention how impressed they were with this kids driving skills. As it turns out, he had learned to driver by looking at YouTube videos as consequently, he didn’t hit anyone; nor did he do damage to his dad’s car by hitting anything.

According to residents, who obviously spent some time tracking this kid; he followed all the road rules. He stopped at red lights, waited for his turn to go, and even allowed other cars to pass before making a left turn into the McDonald’s parking lot.

Damn! Even though I don’t advocate kids doing this, I can’t deny I’m impressed!

According to officers, this kid knew the directions and drove straight to  McDonald’s, with his 4-year-sister riding shotgun.

Authorities said when the two kids pulled up to the drive-thru window workers at the eatery assumed it was a prank.

?The workers thought that the parents were in the back,? Koehler said. ?Obviously they weren?t.?

Knowing he had done something wrong, police say the kid started crying once he saw them, saying that he was hungry and wanted a cheeseburger. He ordered chicken nuggets and fries for his little sister, by the way.

Cops said the kids planned on paying for the meal with money from their piggy-bank.

No charges were filed, and authorities say the parents — who were at home asleep, had fed the children adequately prior to their escapade.

What would YOU have done if this were your kid?

One thought on “Kid Barely Big Enough to Reach Peddle, Drives Self, Little Sister to McDonald’s”