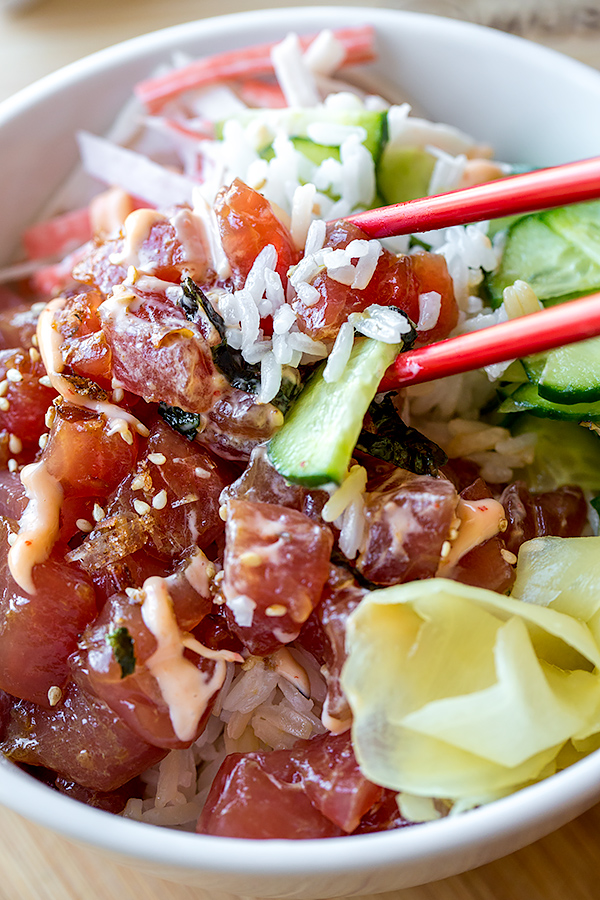 *Um, um good! That’s most likely the sound you will hear or even speak, as you munch on a poki (or poke because its been spelled both ways!) bowl. But be warned, I am beginning to hear rumblings of people complaining of serious illness within a few hours after eating the spicy tuna poki bowls. You may have as well; but didn’t put two and two together.

Poki, a traditional Hawaiian food, started becoming a thing in the mainland cities of the U. S. around 2016. After I inquired, someone told me to think Chipotle, but with raw fish. In other words, the assembly-line lunch counter that allows you to grab a tray and walk along the glass and point out what you want added to your dish. 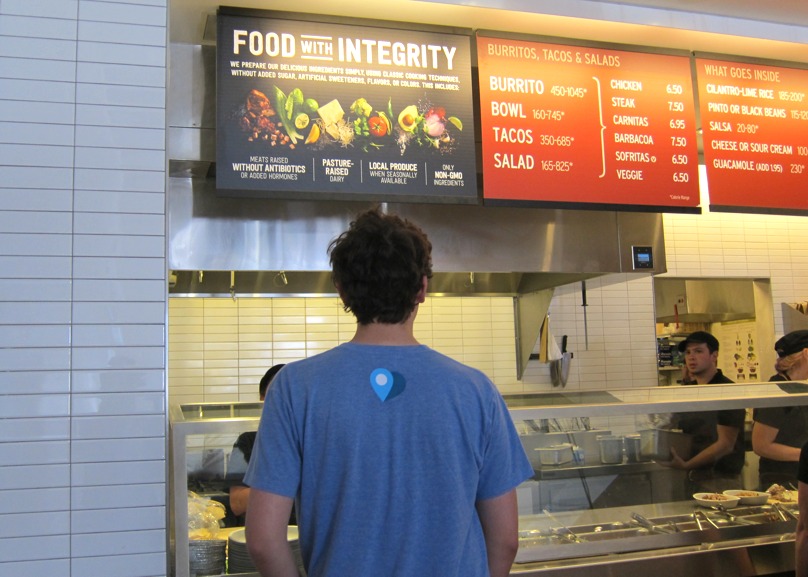 Sounds good, although Chipotle may not be the BEST example to use right now (people have long memories. Google it!)

Shana, who I spoke to a few days after she had eaten a spicy tuna bowl at a place in Encino, California, said she will NEVER eat a poke bowl again!

“I have never been so sick in my life!,” said Shana, a super busy author. “I couldn’t get out of bed for 4 days because I was so weak from throwing up for 8 hours straight. I don’t know if it was bad fish, or the mixture of all the ingredients together in the bowl that caused such a violent reaction. Whatever it was, it was enough to traumatize me for life against poke bowls.”

A Cozy Apron article may have hit the nail on the head in suggesting, “This is a recipe that is best eaten immediately (or shortly after it?s prepared), and not kept as leftovers.”

A suggestion echoed by Allison, another woman who contacted me weeks after eating a spicy tuna poki bowl at a Marina del Rey, California eatery.

Allison, a mother of two young adults — one of whom lives with her — said she suffered overnight alone because she didn’t want to awakened her daughter who, the next morning, chided her mom because she didn’t.

“So good yet so potentially bad,” said Allison, who described the spicy tuna as being ground up into a mush or baby food type consistency. “I felt like I could have died. It was that bad. It was awful. You know like when you were a kid and your tummy hurt? I don?t know anything that?s worse than food poisoning. It’s one of those things that, the only thing you remember being that bad in life is labor — or the flu.”

So the issue is not necessarily with ALL poki bowls — which may serve as a relief to Shana — but more care may need to be taken when eating the spicy tuna bowl in particular.

In The Inertia, an article warns there may be some consequences particular to the Ahi tuna/Yellowfin fish (which the health conscious love because the ahi tuna in poke bowls offers a hearty dose of protein, omega 3 fatty-acids, and B vitamins).

According to the article, the problem with the poke boom is that yellowfin aren?t just a run-of-the-mill fish. Hawaiian chef, Mark Noguchi, shared with GrubStreet. Ahi are considered top predators, and only healthy ecosystems with large stocks of smaller fish can support great numbers of the tuna. Ahi need to be able to eat a lot of healthy fish each day to grow and reproduce. This makes Ahi a less stable species than other more populous fish.

RELATED: SOME NOT-SO-GREAT NEWS ABOUT POKE

An important and resounding message seems to be that Ahi is a fish that needs to be eaten rapidly after acquired. Those who did or may become ill could possibly be victims of having eaten “leftover” fish. An absolute No-No for Ahi/Yellowfin lovers.

This article is not meant to scare, just inform. Anyone reading it may want to inquire with the chef BEFORE ordering the spicy tuna poki bowl.

Just to be on the safe side.

One thought on “Poki Bowls: Yummy Yes, But Complaints of Feeling ‘Deathly Ill’ From This Particular One”