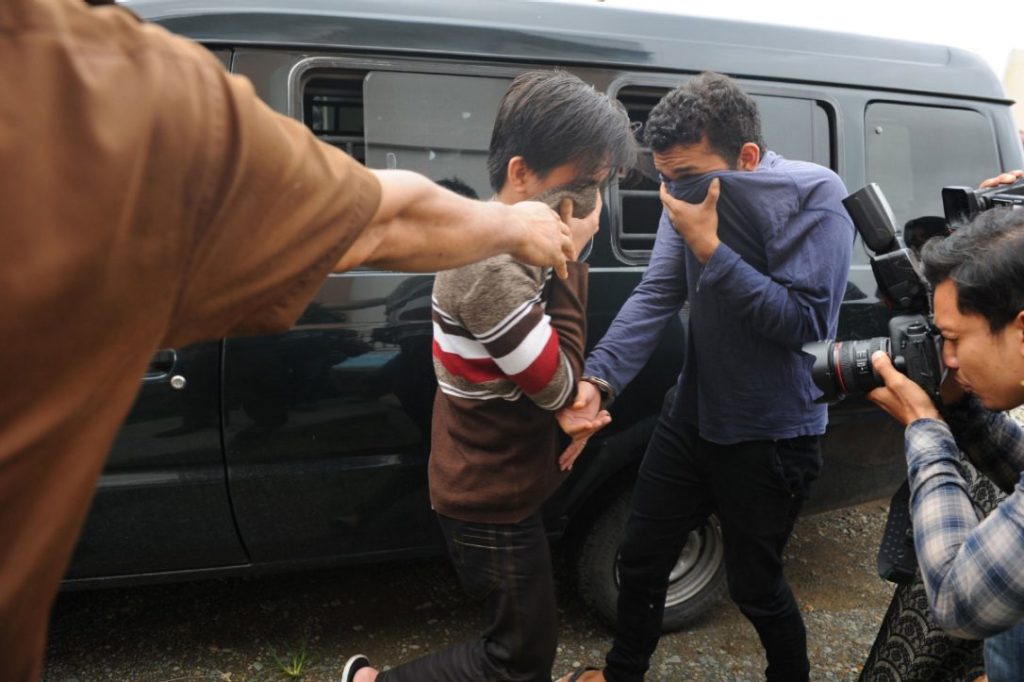 *This country may still have a lot to learn when it comes to getting over homophobic behaviors. Many LGBTQ individuals and couples continue to take and/or lose their lives because of the way society as a whole treats them. Yet even with that said, imagine living in a place where you are charged and sentenced just because of your sexual preference?

Hey, we know this happens around the globe, outside of the USA. I have even met and spoken with men who left their homeland so that they could openly love one another, and still, it shocks the sh*t out of some of us when we actually hear these stories or see them in print.

The mere act of such punishment against “the crime” seems illegal.

Two men, discovered to be a gay couple living together in Indonesia was recently sentenced to a “public caning” because they had sex with one another. The sentence was handed down by a Shariah court.

Neighborhood vigilantes had “suspected” their relationship, and actually broke into a room they were renting in late March as they were being intimate.

Excuse me, but I still can’t wrap my brain around why what anyone else is doing — or in this case, who they are doing, outside of an act of pedophilia or something of that nature, is anybody else’s damn business.

How ’bout we start there!

Someone even recorded the incident showing one man, naked and in distress; while another is being forcibly held by someone so he can’t leave the room.

You don’t have to be a gay rights supporter to recognize that this is downright WRONG!

We take a lot for granted living in this imperfect USA. But honey, y’all better recognize. Sh*t could be a LOT worse.

The Associated Press shares more of the deets and says lead judge, Khairil  Jamal accused the men of “legally and convincingly proven to have committed gay sex.”

But get this: The judge called himself doing the men a favor when he decided that because they “were so polite in court” the usual sentence of 100 lashes would be avoided.

Both men, for reasons unknown, opted out of having defense lawyers.

Prosecutors have asked for 80 lashes instead.

International human rights groups are beside themselves with fury on this one.

One thought on “Gay Outside the USA: Whoa! Two Gay Men in Indonesia Sentenced to ‘Public Caning’”