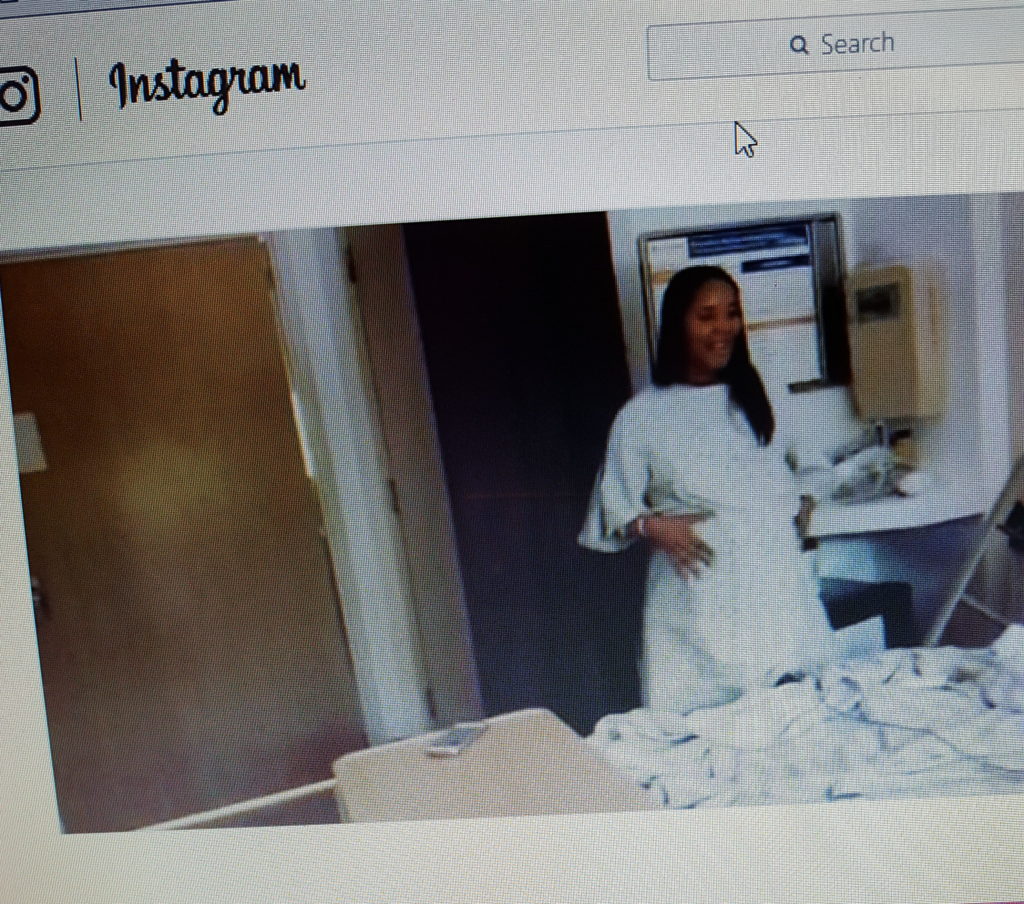 *Expectant mothers, you gotta love ’em.  Just because they may be in the hospital preparing to give birth obviously doesn’t mean the multi-tasking goes buh-bye. You may recall a week or so ago we wrote about a school teacher working on her lesson plan while she was in labor. Now a video of a woman dancing to Bruno Mars’ hit, ’24K Magic’ after being in labor for 19 hours with no results, has surfaced and boy, has it gone viral!

Remember this woman’s beautiful pregnancy photos was featured on EURweb — along with those of Beyonce — a few months back? On April 15, Azja Pryor and her Fiance and business partner, Cherif Ndiaye, became the proud parents of a little princess named Iman Joelle. The baby was born at a healthy 7-lbs. 15-oz somewhere in between the 19th and 20th hour.

Pryor, a health coach, gained 38-lbs. during her pregnancy. But get this: she lost 30 of them within TWO WEEKS after giving birth. See more on her healthy weight loss in her post further down.

She credits the success of her healthy pregnancy to living a clean and active lifestyle. In fact, the first ultra-sound shown to the parents of their little girl had them asking the doctor…

Wait. Is that her arm raised up in the air?

They both laughed when the doctor called it an affirmative! The little girl was exercising already!!

Over the past 9-months of her pregnancy, Pryor has been very transparent to her legion of social media friends. Several times a week it was not surprising to see posts where she shared her challenges, along with uplifting affirmations and words that generally spoke on the importance of maintaining a healthy body and a healthy mind. She and her fiance also continued to share their hiking videos and meal suggestions. 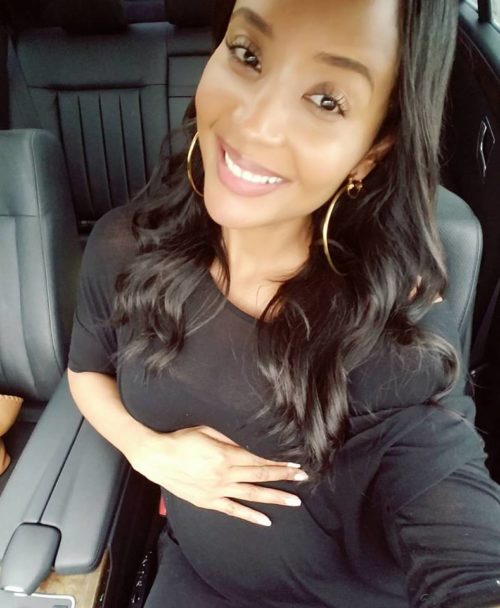 I’ve been experiencing warmup contractions everyday for the past 2 weeks. No dialation, just my body getting ready for the monumental job ahead of us. Praying this means I’ll have a smooth labor and delivery when the time finally comes!?

But even Pryor, who is the daughter of EURweb senior editor, DeBorah B. Pryor,  was shocked to learn how many people showed interest in the labor video that showed her dancing close to her 19th hour of labor — at times singing, “C’mon baby. C’mon!” — as Cherif, her constant companion over the two days she was hospitalized, sits in a chair recording.

Soon after the video, with the hashtag: #byanymeansnecessary was posted on Instagram, it garnered upwards of 106K views. On Facebook, more than 6.6K views.

Azja shared the photos and post below just two weeks after she had given birth. In the photo she is holding little Iman Joelle. 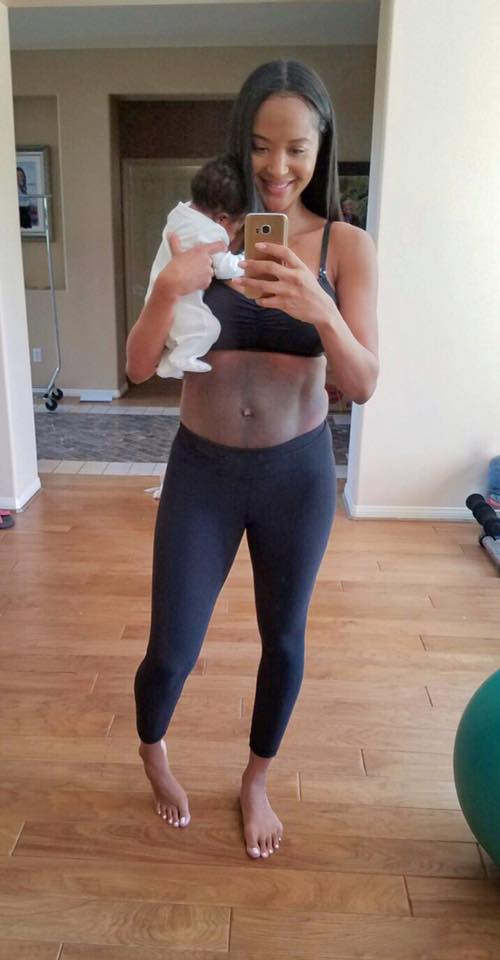 ? But after being in labor for 19 hours I quickly learned that nothing about labor, adjusting to newborn life, or breastfeeding would be easy. However I’m here to be completely transparent. 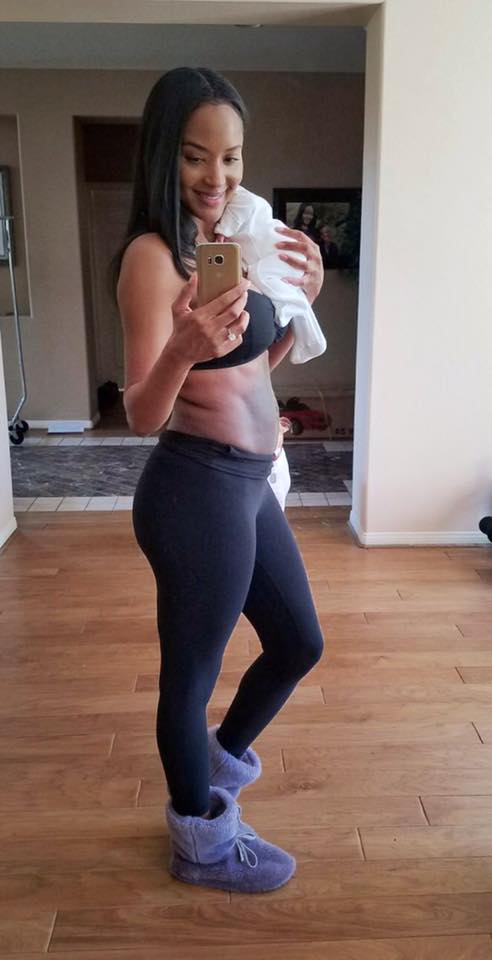 So here we are. In 2 weeks I’m currently

??28lbs of the 38lbs I gained during pregnancy. Weight loss has NOT been a goal or priority over the last 2 weeks. I’ve not done any exercise or started any nutrition regiment, other than my daily #herbalife shake and tablets, for essential protein and micronutrients. I’ve actually increased my caloric intake, as my milk supply is still stabilizing. My weightloss is a testament to having a healthy and fit pregnancy, breastfeeding and making wise nutritional choices. Still I’ve got a LOT of work to do. I lost a LOT of muscle during pregnancy, my stomach is completely darker than the rest of my body, and I have some abdominal separation. But GOD! When I look at the little miracle I just brought into this world, does any of it even matter??

Watch the Instagram Video that went viral in a matter of hours here! And we offer a hearty salute to Azja and Cherif, and proud parents everywhere!!