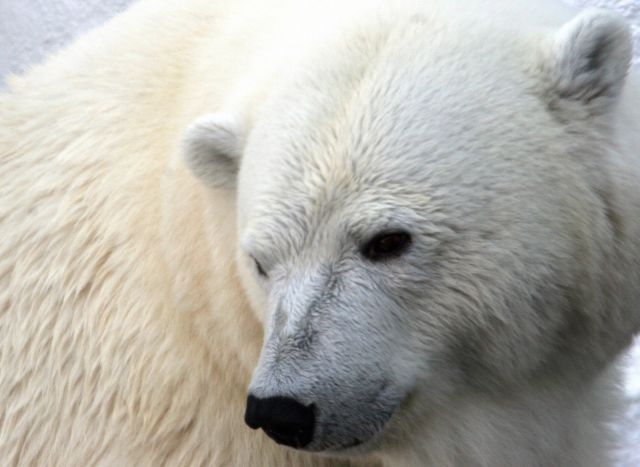 *Looks like SeaWorld’s decision to stop breeding orca whales was only the beginning of their troubles. Now they’ve got some explaining to do after an otherwise healthy, yet aged polar bear died unexpectedly — only days after its “best friend” was sent away to breed more polars.

According to PETA (People for the Ethical Treatment of Animals) says a polar bear named Szenja, 21, “gave up” and “died from a broken heart” within days after “Snowflake” the female polar bear that she shared a space with for 20 years, was shipped away.

Szenja was born in captivity and had lived in SeaWorld’s Wild Arctic exhibit since the 1990s.

Szenja and Snowflake shared an enclosure for two decades and became very close. Now, Snowflake is housed at Pittsburgh Zoo with the intent to breed.

PETA says the writing is on the wall about the polar bear’s death.

“Szenja died of a broken heart, Peta believes. After losing her companion of 20 years when SeaWorld shipped Snowflake to the Pittsburgh Zoo in order to breed more miserable polar bears, Szenja did what anyone would do when they lose all hope, she gave up,” said Peta Vice President Tracy Remain.

“This should be a wake-up call to SeaWorld: stop breeding and shipping animals around, close the animal exhibits, and retire the animals to sanctuaries. Until it does, this ship will keep sinking,” Remain added, as reported in the Times of San Diego.

Meanwhile, SeaWorld has not accepted any responsibility for the animal’s demise. In fact, SeaWorld’s vice president of zoological operations, Al Garver, made a statement that sounded rather bland for the most part.

“Szenja not only touched the hearts of those who have cared for her over the last two decades, but also the millions of guests who had a chance to see her in person. We’re proud to have been a part of her life and to know that she inspired people from around the world to want to protect polar bears in the wild.”

Polar bears in the wild only live to age 18, but those like Szenja, in captivity, can live well into their 20’s.

Wow, I wonder how Snowflake will fair, considering…

One thought on “Not A Good Look, Sea World! Polar Bear Dies Of ‘Broken Heart’”