Sadly, Americans recycle or donate only 15% of their used clothing, the rest of which, roughly 10.5 million tons a year, ends up going into landfills and causing serious environmental issues. Many of these donated products, however, are given new life in developing nations where struggling individuals can purchase used American goods for pennies, rather than paying full price. On an international scale, more than 14.3 million tons of donated American textiles help clothe struggling families around the world. 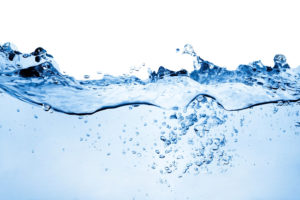 In southern Asia, Nepal is one of these struggling nations that was hit so hard in 2015 by a massive earthquake, that they are still in need of major assistance from more developed nations.

According to Airdrieecho, Soap for Hope is on its way to Nepal to provide humanitarian assistance. Soap for Hope relies on charitable donations and are planning on bringing 500 pounds of supplies to the suffering country.

Because the earthquake was so damaging, for two years, numerous families in the area were forced to defecate in the same river where they also wash their clothes, wash themselves, and even use as drinking water.

“They do not have water filters, nor do they boil their water,” said Shelley Adam, one of the Soap for Hope organizers. “We hope to take 25 water filters, and cash to purchase land to build washrooms, [and] we are sewing clothing for the children.”

City View reports that a total of 74 children are part of the 25 unfortunate families.

“People are still so desperately struggling after the earthquake two years ago,” said Adam’s partner Michelle Edgar.. “People think they got money and help so things are getting better, and [they] are just forgotten about. This is what happens after any disaster, anywhere — but it takes time to rebuild, and many of these villages were already destitute.”