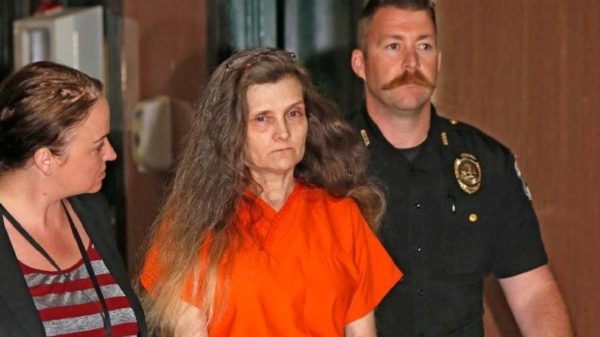 *An Oklahoma woman has been given three life sentences after being convicted of child abuse. According to PEOPLE, 51 year old Geneva Robinson did horrible deeds to her own granddaughter; like forcing the 7-year-old girl to sleep outside with her dogs, pulling her out of school and then starving her, and painting her skin green and donning a witches costume — including big, black hat — and scaring the poor child.

All of this while holding her by the throat and dragging her across the floor.

Though PEOPLE declined to publish some of what we can only guess are horrific photos (which the courts ceased from the bitch’s, er, witch’s cellphone) they did release the one below.

In the cellphone video, which prosecutors revealed as Robinson was being sentenced, the woman dressed as “Nelda the Witch” can be seen holding the child by the throat and saying, “I’m going to eat you!” 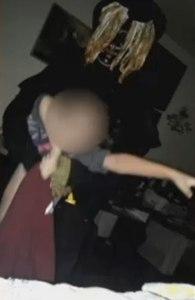 Robinson wasn’t alone in her crimes. Her 33-year-old boyfriend, yes, 33, pleaded guilty right alongside her. Initially, the pair received a combined 29 felony counts.

For his part in the crime, as helper, Joshua Granger was given 30 years.

The little girl told detectives exactly what her grandmother did to her. My question, as I’m sure yours is at this time, WHERE THE HELL IS THIS GIRL’S MOTHER…FATHER?

They’ve either got to be deceased or in jail is my guess. But no one’s talking. 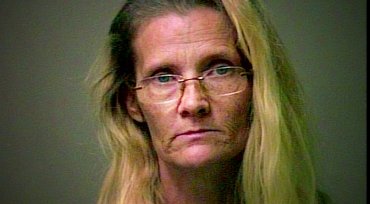 Court docs show the little girl told investigators her grandma regularly whipped her, beat her, and pinched her skin with pliers.

Can you even fathom someone being this cruel!?

This horrid series of events were discovered two months ago, but not surprisingly, investigators learned Robinson actually has a history of this behavior.

“Nelda” has been a part of the family for years. It was discovered by investigators that Robinson used the frightening costume on her own son when he was a child.

At a time when child abuse laws were non-existent.

A pink dog leash was found on Robinson’s premises, and corresponds with what the little girl told police about what her grandma used it for.

The now 9-year-old girl actually addressed a letter to this horrid woman, which was read by an official in court. It’s unbelievable, the heart of a child. In the letter, the little girl says…

“I love you grandma. I forgive you. You’re the best grandmother I ever had.”

…The best gramma she ever had. My heart hurts.

3 thoughts on “Grandma Sent to Jail for LIFE After Terrorizing Granddaughter for Years!”