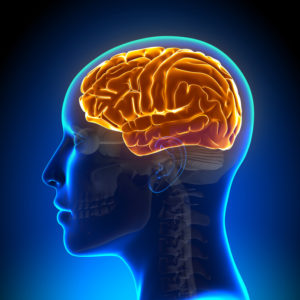 The birth- to- three period is the fastest rate of brain development across the entire human lifespan. However, a recent study has shown that a child’s brain development can be severely crippled if they suffer from sleep apnea.

Sleep apnea is when a person’s throat muscles are relaxed, their airways are constricted, and they stop breathing during the night. When the brain recognizes that the body isn’t breathing, it wakes the body up with a start and the blockage is temporarily fixed. Depending on the severity of the condition, this can happen anywhere between five and 60 times each hour when sleeping.

Adults generally suffer from this condition, but it is estimated to affect around 5% of children.

Considering that the long-term impact of sleep apnea is relatively unknown for children, researchers at the University of Chicago pediatric sleep laboratory decided to run a study investigating child brain development in children between seven and 11-years-old.

Sixteen children with diagnosed cases of obstructive sleep apnea (OSA) were evaluated via neurocognitive tests and MRIs, and then the findings were compared with nine children without sleep apnea but of the same gender, ethnicity, age, and weight. The results were surprising, all the children with OSA suffered from severe reductions in gray matter in the brain. 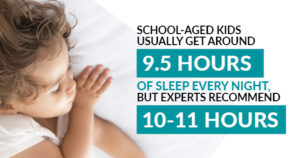 A brain’s gray matter is the information processing section of the brain, and unfortunately, these losses were seen in multiple parts of the brain including:

While the study was completed on only a few children, the findings are still pretty concerning. Co-author of the study, Dr. David Gozal, explains to Medical News Today the potential long-term implications of a child suffering from undiagnosed sleep apnea.

“If you’re born with a high IQ – say 180 – and you lose 8-10 points, which is about the extent of IQ loss that sleep apnea will induce on average, that may never become apparent. But if your IQ as a child was average, somewhere around 90-100, and you had sleep apnea that went untreated and lost 8-10 points, that could potentially place you one standard deviation below normal. No one wants that.”

The researchers are planning to expand this study in the future, and in their next study are hoping to answer the question of if the loss of brain matter can be reversed.