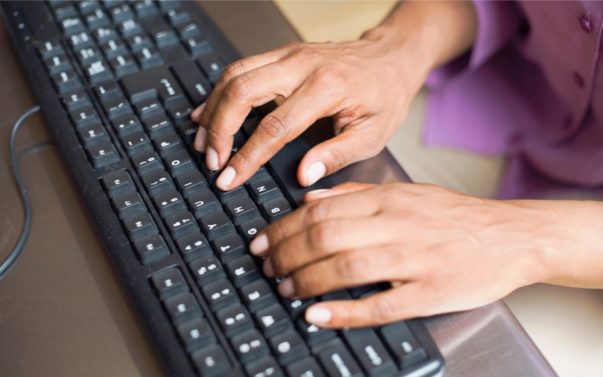 *I’ll admit, I’m still a bit squeamish when it comes to my social media presence. I’m tip-toeing out there; but it will always be something I primarily use for business and here and there, keeping up with family and friends. I can always tell what people are going through personally and emotionally by the types of things they post. Some folks who are “feeling themselves” on some level will feel free to post guidance suggesting how YOU should be living, thinking, feeling…being. I privately call these folks, “Facebook Philosophers.”

Then there are those who post thoughts about “haters” or just straight out have a need to “vent” randomly. It doesn’t take a rocket scientist to see its because their environment has attracted certain things that led them to certain conclusions.

I even find myself tempted to post things that I hope certain people will see; people I may not want to confront head on, or those I know are not good at taking criticism (but great at criticizing!)

But in this day and age where online presence is taught to be paramount, and you become “friends” with folks you don’t know and probably never will for reasons of quantity vs. quality, there are some things you might want to think twice about before sharing.

Here’s a few of them.

Your contact information. I know. I know. This seems like a no-brainer. But trust me, I’ve seen it done. Not only by people who think they are doing you a favor by letting you know how to get in touch with “some one” or even themselves; but so-called entrepreneurs (so-called because any experienced entrepreneur already adheres to this rule). It looks desperate people! Even if a “friend” asks, its possible that they are not thinking you are going to respond in “reply” — where the info is available to everyone. Don’t be so quick or thoughtless and do so.

Why? Look at the photo below and then meditate for that answer, OK? 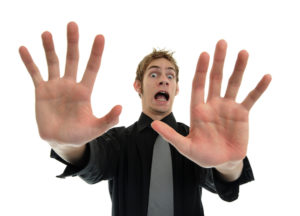 The correct way to have potential clients or serious friends reach you is by private inbox or message.

Know the difference between an ’emotional’ post and an ‘intellectual’ one 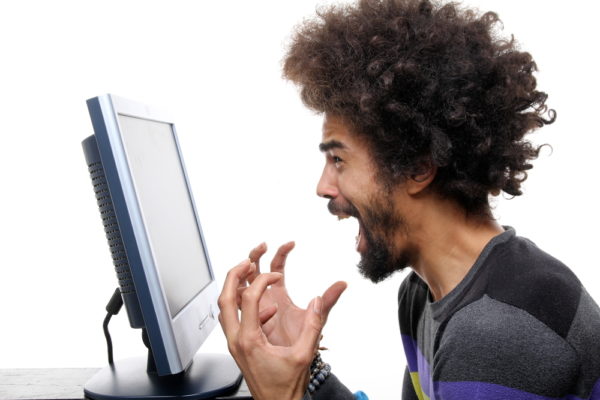 Hey, we live in some crazy times right now and the political and social climates are red-hot. You’ve read the posts and can recognize the difference between those written by experienced, intellectual and/or knowledgeable folks. I certainly don’t need to tell you what they look like. You know! But then there are those that are purely written on emotion. You can tell those, too. How? By the way they say what they say. BEYOND the poor grammar and incomplete thoughts.

You may not give any number of you-know-what’s about who agrees with your thoughts or not — and listen, I hear you. But be aware that the first thing any potential employer, sponsor, loan officer, potential business associate, love-interest or anyone who hears your name does, is “google you.”

I do. You may do this too. So why wouldn’t a complete stranger?

Instead, you don’t have to stifle your thoughts. You don’t have to subdue your anger. Just be mindful of HOW you say it. Hold yourself accountable and don’t have it sound like you’re “venting” because someone just hurt your feelings by disagreeing with something you did or said. It’s just not wise to write an “in general emotional post.” Calm down first. Think of your response as an opportunity to teach — then use that opportunity to do so. Trust that the same folks that it was meant for,  will see the message (don’t expect them to admit it though), along with anyone else who may not know what motivated or inspired it.

Did you know that saying nothing speaks volumes? 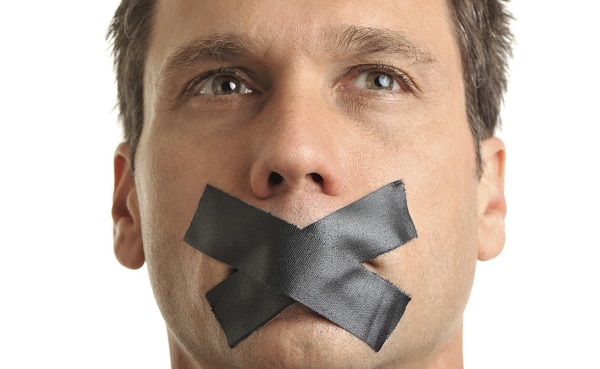 Smart people won’t argue that point. They know the value of knowing when to say when. We all know words have power! But the thing is, you don’t always have to verbalize them. I’ve often called discernment one of my favorite words. It’s meaning I still try to live by (with “Try” being the operative word here). Believe me, I haven’t “arrived” anywhere. I am admittedly still on my journey, yet I have learned the power of throwing my hands up and saying, “I got nuthin” [sic] when it comes to letting an ego control a response. I suppose a wisdom growing with age continues to ask me, is it really that important to win that argument? Have the last word? Stay relevant? I find that thinking beyond the moment (of anger, of ego, of emotion) usually brings me to a destination I can live with…all the time. 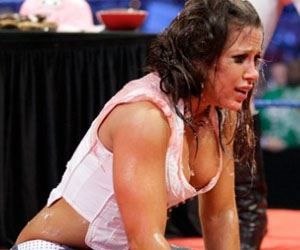 How much time do you have? This could be an entire book chapter. Let’s just assume you know the obvious photos you should think twice about sharing online; not to mention those you should think three times about allowing someone to take of you.

Skip to “screenshots” — when sharing them you might want to take good care that you don’t reveal the “URL” in the process. This is especially crucial when you are using a private computer. The URL location, for those who may not know, is what follows the “www” at the top of your screen. Sometimes you may be taking a photo of an onscreen picture for business purposes, medical or legal purposes. While taking that picture, aim it BELOW the URL address, so no one can enter your privacy without invitation from you.

FINALLY…and this is a BIG one.

SMILE! Did you know you’re on camera? 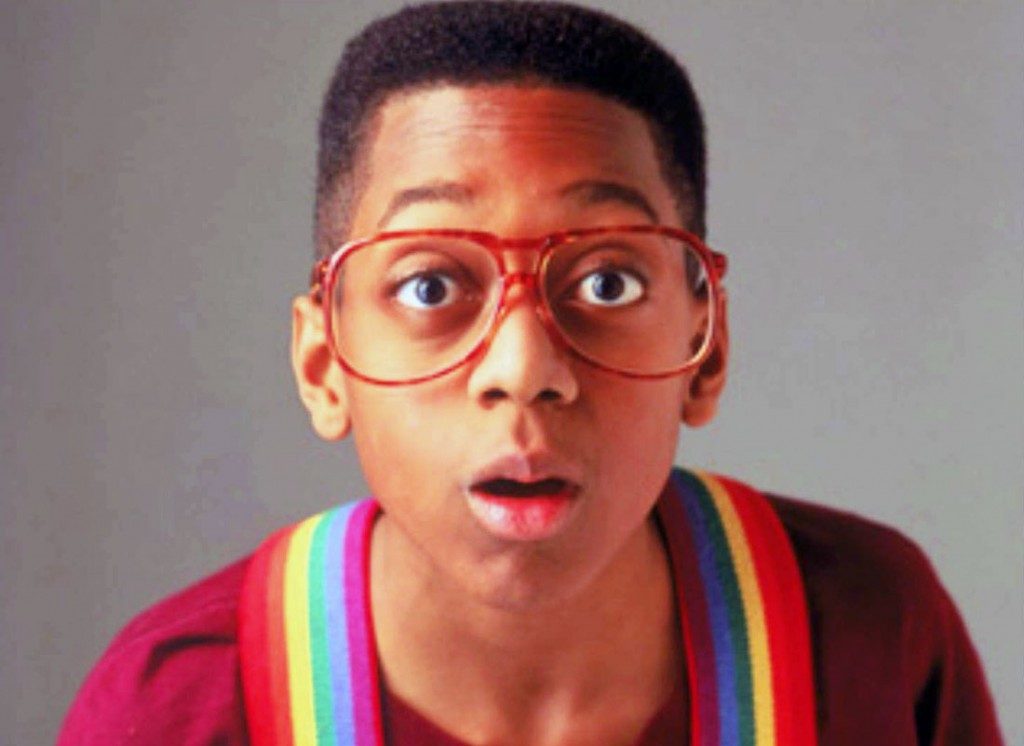 Be mindful of the apps you download. I love my family, I swear I do. But when I picked up my phone recently and must have accidentally tapped the What’s App app, I was not ready to have my relative staring back at me. I still can’t figure out why that happened. And its not the first time. The FIRST time, I didn’t even know the man; and quickly went to another page on my phone!

I’m seriously considering deleting the app. The only reason its not gone yet is that I do like the option to see my family when talking.

If you’re reading this What’s App company reps, you’d better tell us how to fix this so it doesn’t happen unless we want it to!

I mean, what if I wasn’t dressed? The first time I certainly wasn’t dressed “for company.” As a matter of fact, the sleep was barely out of my eyes. I was also unsure of whether the person was seeing me or not, because I jumped off the app so quickly.

But when my relative ‘greeted me’ my suspicions were confirmed. If you, my beloved, are reading this, I apologize that our “conversation” was so brief, and no “goodbye” was offered, but the page disappeared as quickly as it appeared involuntarily.

Be careful folks. You never know who is watching. Even now, I have a bandage covering the camera on my laptop!

The Internet is probably here to stay, but our thoughts and feelings are always changing, so wouldn’t it be wiser to think beyond the moment and dump that urge to “get it out now!” thereby saying or doing something that may result in doing more harm than good for you or someone else later down the road?

And one more thing before I let you go: Remember, especially when it comes to those “friends” you don’t really know, no matter how nice or sweet they are, remember why it is that they are there at all: as a response to who they THINK you are, or what you have to offer. Nothing more.