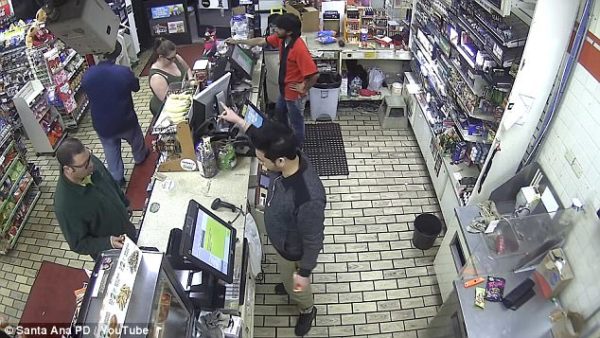 *People, I know the state of this country has generated a sense of total outrage, but seriously…

You can’t just go around attacking people because sh*t (in hood-speak), don’t go your way.

One such fool obviously didn’t get the memo. Word is he was attempting to buy some candy and his debit card was declined. So what did he do?

Go off on the clerk and while he was at it, why not cause $700 worth of damage.

Santa Ana police are still looking for him and apparently have been since the February incident occurred.

Look closely, if you recognize him, let’s help get his crazy ass off the street.

One thought on “Watch: Man Attacks 7-Eleven Clerk Because His Debit Card Was Declined”