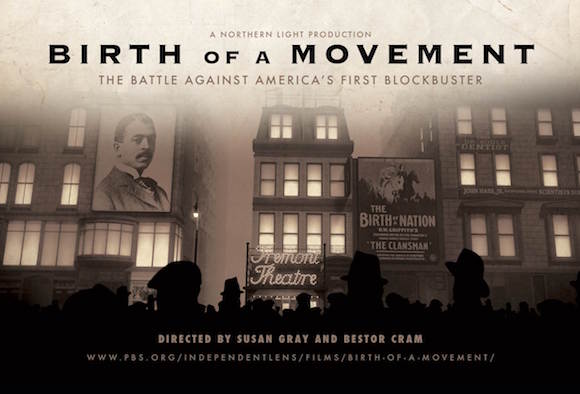 *One hundred years ago, blackface and other offensive media representations of African Americans were not only common, but celebrated. Few cultural moments encapsulate this more fully than D.W. Griffith’s “The Birth of a Nation” (1915), a notoriously Ku Klux Klan-friendly reimagining of history.

“Birth of a Movement,” a new film now streaming on PBS, tells the story of William Monroe Trotter, an African-American newspaper editor and activist, who, along with the then newly-formed NAACP, waged a battle against the film. Together, we unleashed a conflict that still rages today about race relations, representation, and the power of Hollywood.

Narrated by Danny Glover and featuring interviews from Henry Louis Gates Jr. and Spike Lee, “Birth of a Movement” captures the backdrop to this clash between human rights, freedom of speech, and a changing media landscape.

Despite the progress we’ve made as a country, these issue are still very much relevant today. Please gather with your family and friends to view this new film, now streaming free on PBS until March 5.

After you’ve viewed the film together, use this guide to start a meaningful conversation about the themes, issues, and feelings the film brings to light.

This information was provided by the NAACP. If you are not currently a member, you can join here.