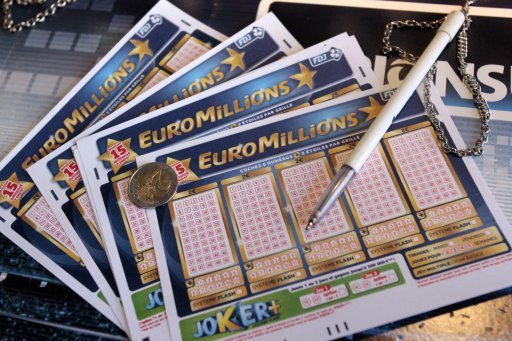 Raise your hand if you’d like to relieve her of this burden. THIS we can do.

In 2013, Miss Jane Parks — at the age of 17, hit the jackpot for? ?1 million (which equals a figure I can’t even read in U.S. currency: 1250500.00) with a Euromillions ticket. The Edinburgh-born teen was over the moon with joy (who wouldn’t be) and would go on to purchase real estate; get a boob job, go on holiday to the Maldives and even buy herself a toy that would’ve made the late Prince look twice…

But Parks said she feels nothing but emptiness at the end of the day.

“At times it feels like winning the lottery has ruined my life. I thought it would make my life ten times better but it’s made it ten times worse. I wish I had no money most days.

“I say to myself, ‘My life would be so much easier if I hadn’t won’. People look at me and think, ‘I wish I had her lifestyle, I wish I had her money’. But they don’t realise the extent of my stress. I have material things but apart from that my life is empty. What is my purpose in life? There’s no one in the same boat as me, no-one who really understands.”

You mean to tell me money doesn’t make things better? Hell! That’s one chance I’d be willing to take.
But listen to this, Parks is so?distraught she is actually thinking about suing Camelot — the company that runs the EuroMillions lottery. What is her argument, you may ask? She says no teen should be eligible to win that kind of money.?Correction: No teen, she says, should be able to enter a contest with a draw that big.

According to METRO, Camelot appointed the teenager an advisor guiding her on options to spend the money following her win, but Jane insists this simply confused her.

“I’ve read about other lottery ?winners who’ve just blown it all and I can totally see how it can be done. I was stuck in front of a financial adviser who was using words like ?investment bonds. I had no clue what they meant,” Jane said.

Please take this story off my hands will ya? Listen to more of Parks misery at Yahoo.

One thought on “17-Year-Old Lottery Winner Says the Money ‘Ruined My Life!’ (Now She Wants to Sue!)”