The hateful perps had even written??Jews belong in the oven? on a swastika-tinged map.

As the passengers worked to remove the filth, they couldn’t help but reflect on their own vulnerabilities. Locke recalls one man said,

??I guess this is Trump?s America.?

To which he replied…

?No sir, it?s not. Not tonight and not ever. Not as long as stubborn New Yorkers have anything to say about it.?

See the hateful image below. 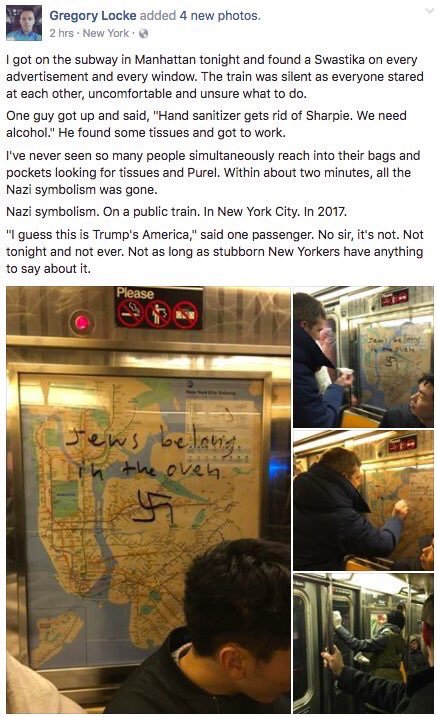 One thought on “New Yorkers on Subway Take to Erasing Swastika Graffiti: ‘This is Not Trumps America’”