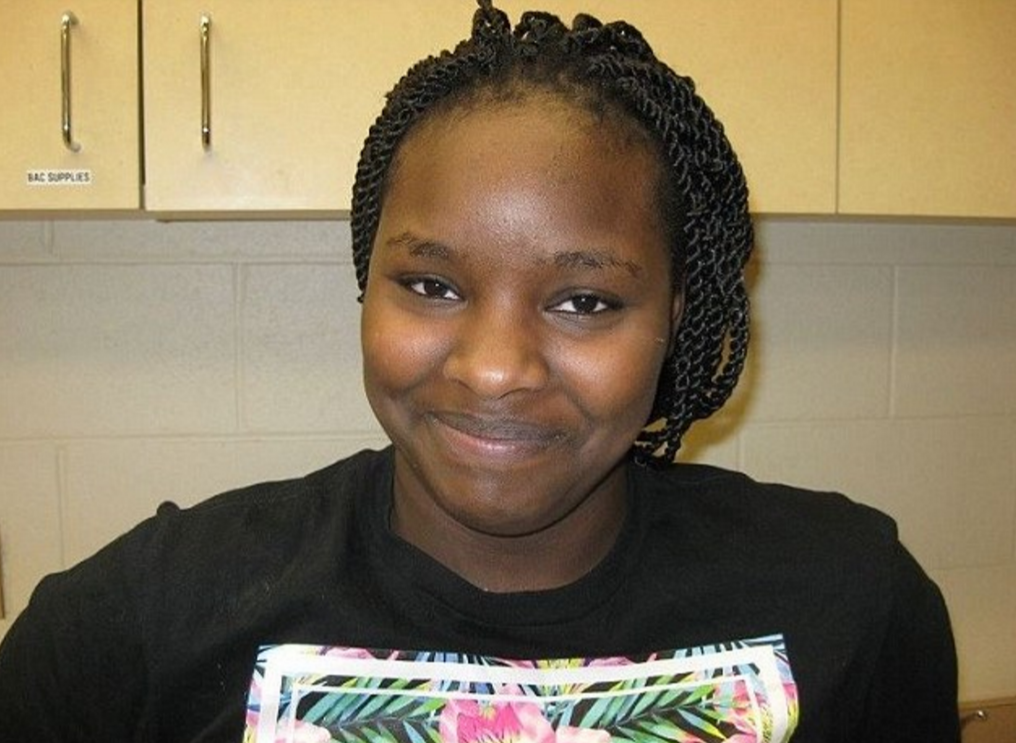 *Yes, you can rest assured her grinnin’ 18-year-old ass has been apprehended and with any justice, she will spend five years in jail.?Thanks to social media viewers who contacted the Dept. of Children’s Services about the Live stream, followed up by ABC6 who passed the video along to the authorities, Shayla Rudolph’s 2-year-old child is in safe hands today. Rudolph is seen being arrested (scroll down) after she was called out for streaming a video that appeared to show a screaming child taped to a wall. Although she was mum to reporter’s questions as she is being led to the backseat of a squad car, she had plenty to say as she narrated the disturbing video.

In the first segment of the 5 :10 video Rudolph smooches the imprisoned toddler and tells him, “You got the best mommy in the whole wide world. Don’t make me put more tape up there. Now sit still. You can see the TV from right there. You be a’iiight.”

But hold on, as if that wasn’t enough, this heffa recorded another video…supposedly two days later. Mad after she was turned into Children’s Services.

Both segments were capture in a Youtube video by CNN (scroll down), and attorney Areva Martin explains the process taken by Children’s Services, and adds that as horrific as the two videos are, she is glad they were made.

“…I’m really glad that this woman did this because without it being on videotape, this child may have been in danger in this home, with this 18-year-old mom who’s clearly not equipped to care for him, and no one would’ve known.”

I see a woman who’s screaming out for help.” –Attorney Areva Martin

The CNN anchors ask Martin if (and how) social media impacts the process of the law; if it has any appearance in the prosecution, the sentence, etc?

“So many people who are streaming these live videos, taking pictures of themselves committing these crimes, they’re just giving the prosecution a case,” Martin says.

And here we are wondering what these people are thinking as they Live stream these heinous acts; only to have it confirmed that they are actually not thinking beyond the 15-minutes of fame they seek.

I’m with Martin on this. If there was no video, it would be hard to have a case.