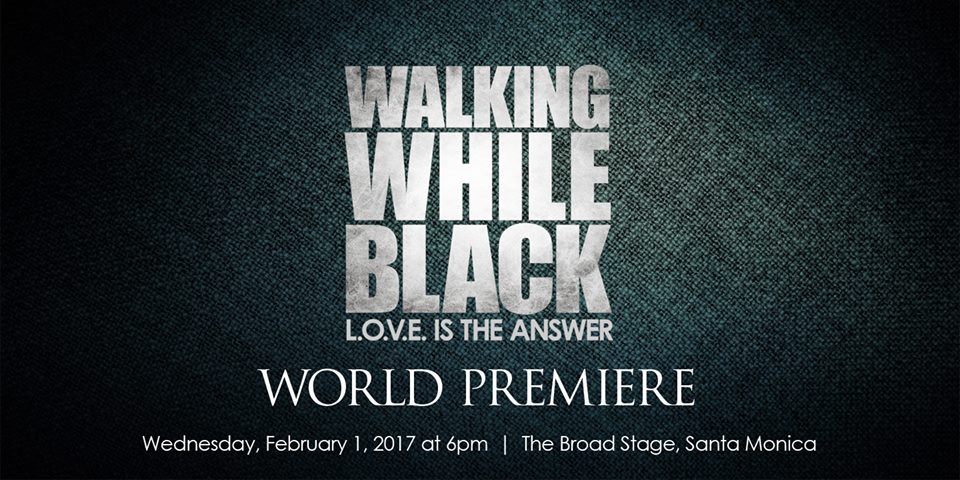 An official 2017 selection of the Pan African Film Festival, and inspired by personal experiences, director-producer AJ Ali teamed up with Oscar-winning cinematographer Errol Webber (“Music By Prudence”)?on this powerful film about reconciliation and exercising the act of love.

The film, more than 4 1/2 years in the making, aims to launch a movement to end racial profiling and excessive force, usher in a new era of equal protection under the law, and improve relations between peace officers and the communities they serve in a big way.

The public is invited to attend the world premier of?’Walking While Black, L.O.V.E. is the Answer’ on February 1, 2017 at 6 p.m. in Santa Monica at The Broad Stage, 1310 11th Street. The formal attired affair will host a red carpet and a Q&A with the cast and crew will follow the viewing.

Below watch the film’s official trailer and below that, a scene where retired LAPD Sergeant and EURweb contributor, Cheryl Dorsey, who appears in the film, provides input.

One thought on “‘Walking While Black, L.O.V.E. is the Answer’ World Premier at the Broad Stage (Watch)”