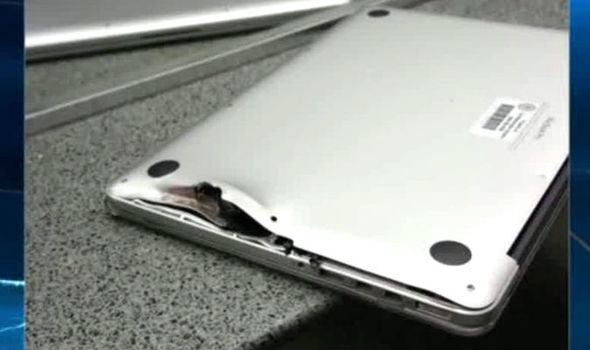 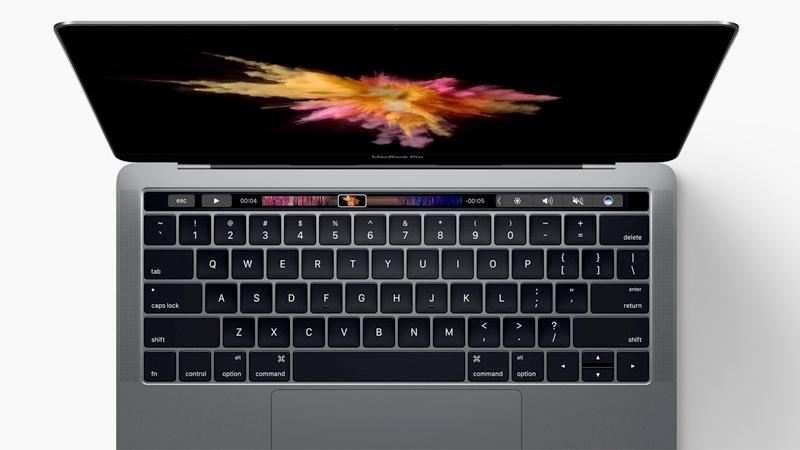 I’m keeping mine. ?And as soon as I’m done working today, I’m going to buy a new backpack for it. ?Keep reading, and you’ll understand all of that!?

Steve Frappier was in the baggage claim area of the Fort Lauderdale-Hollywood International Airport where a guy pulled a gun out of his checked bag and started firing into the crowd. ?Frappier said he dropped to the floor of the airport with his backpack still on, in an effort to protect himself from the gunfire. ?He said he felt something hit his back, but thought it was other bags falling off of the carousel.

Later, when he opened up his backpack, he discovered damage to it and the laptop it contained. ??He took the backpack straight to the FBI, which was investigating the shooting. ?Reps with the agency confirmed that the 9mm bullet had been fired by the shooter.

The FBI concluded that the bullet had passed through an opening in the backpack, hitting the laptop’s display and continuing through the MacBook Pro’s aluminum body and battery before exiting through the machine’s side intake vents! ?

Frappes told CNN: ?”I dropped and the backpack was still on my back and I was turned in such a way where that at one point when the shooter shot toward my direction…there was a bullet that ricocheted.”

“It was only later when I went to the bathroom to check myself out that [I realized that] the bullet had entered my backpack, hit my laptop and then later when I gave my backpack over to the FBI for investigation they found the bullet in the pocket of my backpack.”

“The way that it ricocheted and entered my bag. That would have been my back. ?The backpack saved my life.”

I can’t tell you the number of times I have asked myself, upon packing for a business trip, “Should I take my laptop with me?” ?If it’s a short trip, I’ve sometimes opted for traveling with just my iPhone, which can get more and more of the work done these days, or my iPad, which is quite a big thinner than a laptop.

After reading about this guy, I’ll be taking my MacBook Pro with me EVERYWHERE…in a new backpack! ?

This blog was written by freelancer Michael P Coleman. ?Connect with him on Twitter. ?