*How, you may wonder, does strange sh*t like this end up on my desk??I am scratching my head as I ask this, and giving Lee Bailey the side eye. But here it is. It’s s story from 2013 that most people missed. It ain’t pretty and it’s got the nerve to be true.

Some weird ass 18-year-old white girl named Alisa Massaro always had a thing about f*cking dead dudes. Two of ’em ended up at her house, coerced by the promise of sex — but instead, were strangled by the wench and her friends — two dudes, one of ’em the 19-year-old son of a police sergeant, and some other girl.

According to police reports, Joshua Miner, her 24-year-old boyfriend, then piled the bodies of the deceased men — Eric Glover and Terrence Rankins, who were both 22 and black — together and placed a beige sheet across them so he and Massaro, could lie together on top of them and have sex. 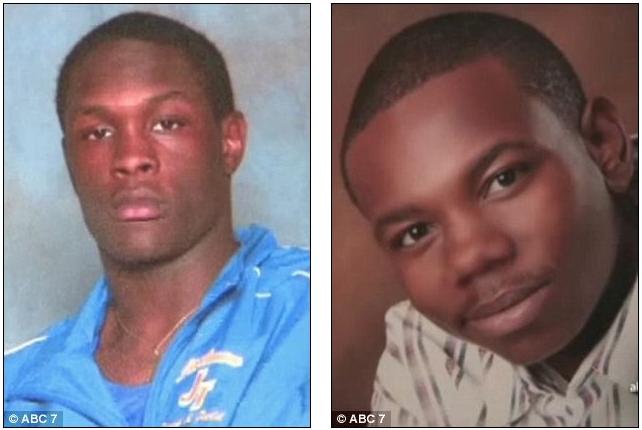 Oh god. Must I continue? Bailey’s looking at me so I guess that means?yes.

Massaro grinned when her boyfriend (Miner) asked her to have sex and initially declined. Later, though, she admitted that she agreed to it.

McKee told police that she believes Landerman joined the sexual acts, as well.

McKee said Miner was the ringleader who came up with the idea who kill Glover and Rankins. She said Landerman was a ‘follower’ who only did what Miner told him, according to the report.

After killing the men, Landerman jumped on their backs and ‘surfed’ on their dead bodies, according to reports.

According to the report, the corpses let out a ‘zombie noise’ – a final gasping sound. The bodies also evacuated their bowels, Miner claimed.

Good Lord! This is beyond sick.

The circumstances surrounding the death are still under investigation, but some local reports suggest that drugs may have been involved.

Glover graduated from Joliet Central High School and had made the honor roll and participated in football, wrestling and track, his family said.

Massaro’s father, Phillip Massaro, told The Herald-News in Joliet that he was in disbelief.

‘All I can say is it’s a terrible thing that happened, and I can’t believe my daughter had anything to do with it,’ he said.