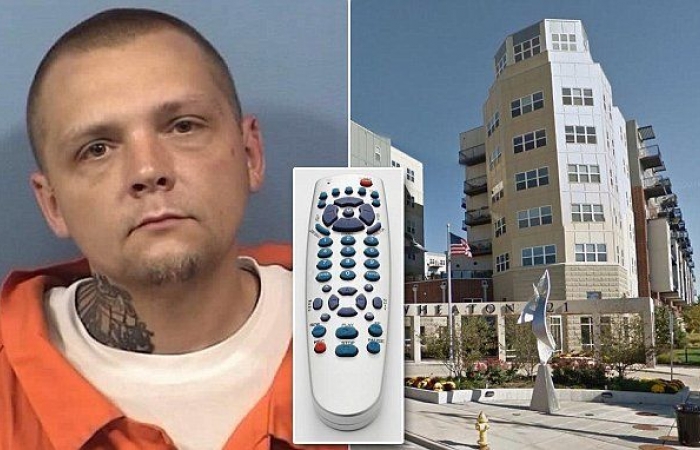 *And to think, somebody went to law school for this. Let me explain. When I learned that an actual judge had sentenced a man to more than TWO DECADES in jail because he stole a TV remote, my first action was to research what training a person has to go through to become a judge.

This is what I found.

So then I though, “Nah. There has got to be more to this story.”

Not that it makes the sentence any less ridiculous!

Eric Bramwell was just the unfortunate fool who got caught with his hands in the cookie jar one too many times. His acts of petty criminal-ism has landed him on the stage; where he now serves as an example.

Don’t phuck with the law…makers.

Bramwell stole a TV remote in August 2015 from a common area in an Illinois apartment complex. But he dropped a glove in the process; and it was sent through DNA and a match was found in the state’s convicted felons database.

Seems this wasn’t Bramwell’s first, second or even third time at the rodeo. And the old boys don’t like to be made a mockery of.

The 35-year-old was found guilty of the theft in November and earlier this week was sentenced to 22 years in jail. He must serve at least half of his sentence before becoming eligible for parole.

Because of his criminal history, the man was eligible for 30 years in prison. Bramwell allegedly committed a series of similar remote and television thefts in other apartment complexes nearby, including several buildings in Lisle, Aurora, Bloomingdale, Downers Grove and Oakbrook Terrace, prosecutors said.

?Mr. Bramwell?s illegal activity and his history have finally caught up with him,? state attorney Robert Berlin told the Tribune. ?Regardless of what was stolen, Mr. Bramwell repeatedly thumbed his nose at the law. He took what he wanted, time and time again, and expected to avoid the consequences.

?That?s not how it works, as Mr. Bramwell has now found out.?

One thought on “WTF? Man Sentenced to 22 Years in Prison for Stealing (Wait for it)…TV Remote!”