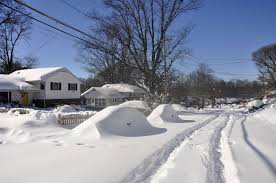 But freezing temperatures and ice aren’t the only things that the winter storm brought. Since dumping snow and leaving frigid cold in its wake, there have been nearly 300 crashes and spin-outs in the aftermath.

The Minnesota State Patrol posted a tweet on Tuesday morning that they had seen 289 crashes and 277 vehicles slide off of the road since Monday’s storm. The storm dropped approximately eight inches of snow on the ground and made travel hazardous in several areas of the state, particularly the northwest.

In the metro area alone there were 197 crashes and 66 cars reported going off of the road from Monday night to Tuesday morning. Nobody was seriously injured in these crashes.

Temperatures are expected to stay in single digits and teens until the weekend, when the forecast calls for temperatures in the mid-twenties. Winter Storm Helena is expected to bring snow and ice to many areas of the nation this week, Minnesota included.

Winter storm warnings are in effect for several states, from the Siskiyous and Sierra Mountains of California all the way to Wyoming and Colorado. Oregon has reported approximately 26 inches of snow as a result of the storm.

Snow may continue falling into the weekend.