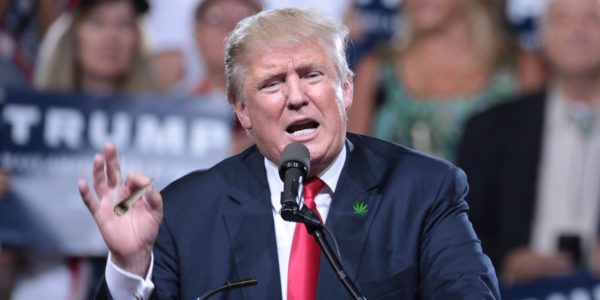 You might be wondering “what’s the message here?” Especially since the generous givers are not calling this an anti-Trump stance; but a “protest.”

?The main message is it?s time to legalize cannabis at the federal level,? said Adam Eidinger, the founder of DCMJ, a group of D.C. residents who introduced and helped get initiative 71 passed in the District. Initiative 71 made it legal to possess two ounces or less or marijuana, to grow it, and to give it away, but it is not legal to sell it.

But what worries Eidinger most is Trump’s pick for Attorney General, Jeff Sessions.

?We are looking at a guy who as recently as April said that they are going to enforce federal law on marijuana all over the country. He said marijuana is dangerous,? Eidinger said.

The act of giving away marijuana is legal; but it must be done on D.C. land.

?We don?t want any money exchanged whatsoever, this is really a gift for people who come to Washington, D.C.,? he said.

And a gift it will certainly be. They’ve thought of everything. Even the numbers having meaning. They didn’t just pick 4,200 out of thin air. It was derived from 420, the internationally known code for marijuana.

But make no mistake, lighting up at the Inauguration is definitely illegal.

Can’t wait to see how many people will be arrested as a result.

A reality check that has not escaped Eidinger.

One thing is for sure, weed will help the attendees get through the Inauguration. Though they might not remember it the following day.

One thought on “4,200 Joints to Be ‘Distributed’ and Smoked 4-Minutes into Trump’s Inauguration”