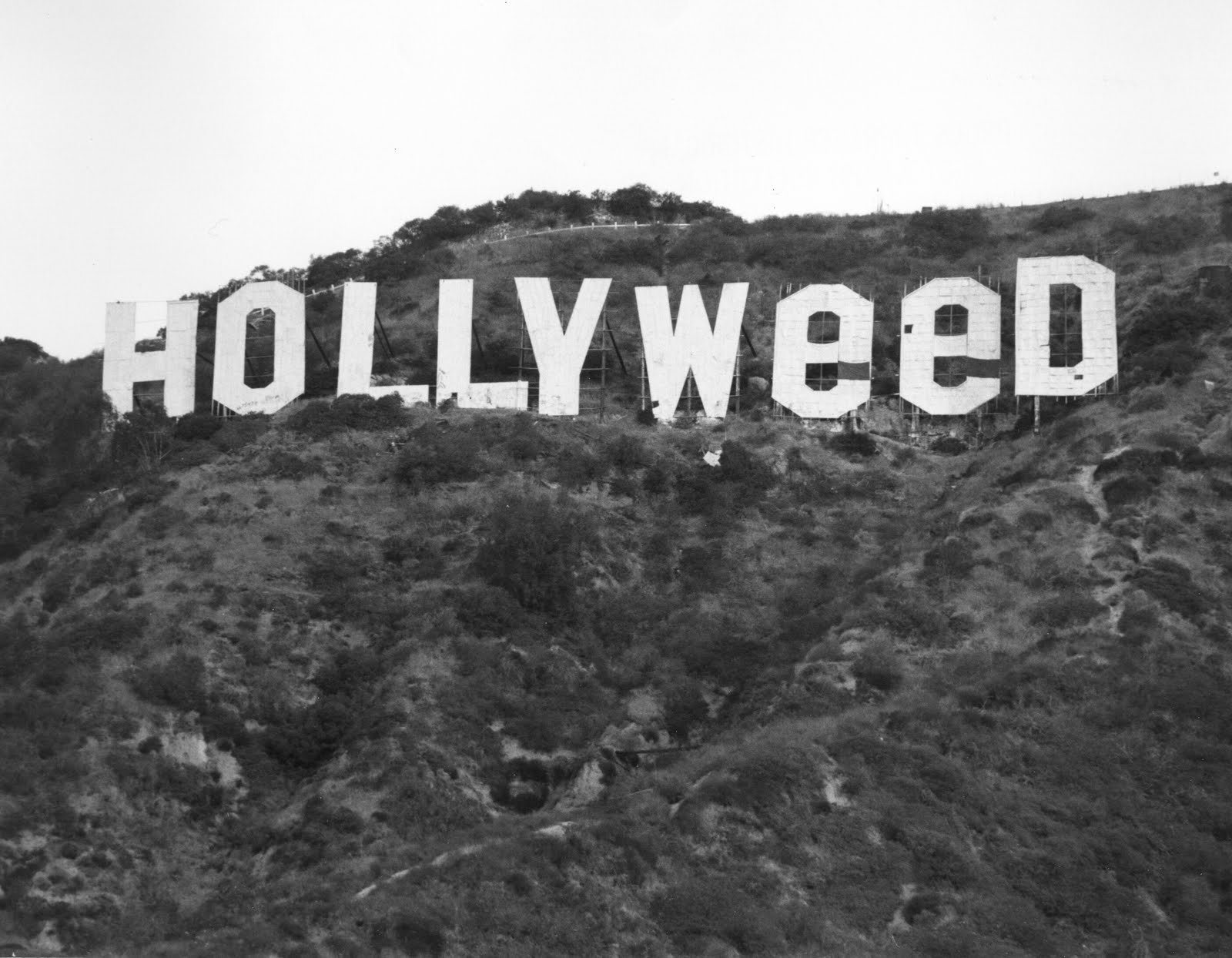 *Oh boy. ?And to think I was just apologizing to a visitor: “Too bad we can’t take you up to see the Hollywood sign,” as we traveled down the famed street in Los Angeles — with them looking at the handprints in cement in from of the old Mann’s Chinese Theater (now ‘TCL’ sumpthin’); as the children took pictures with the likes of Batman, Mickey & Minnie, Edward Scissorhands, The Joker and the man with the huge yellow snake.

I am so glad I didn’t point for them to actually look?up.?

I can just hear the children now. “Mommy, THAT doesn’t spell Hollywood.”

Pranksters got cute on us Los Angelenos on Saturday night, December 31, 2016. When we weren’t looking, they snuck up that dusty trail that leads to the iconic big white letters that have spelled out HOLLYWOOD since it was erected in 1923, and changed the two “O’s” to “E’s” — making the town a symbol, albeit temporary, of a marijuana mecca.

Obviously the joker was in unwavering support of the all out legalization of marijuana in the state of California that occurred in November.

Come one, come all. Bring your troubled, sick and tired to Hollyweed.?

Sorry. It doesn’t take much to set me off on a tangent.

CBS-LA was one of the first to tweet the news which, according to MSN, “…didn?t actually damage the sign.” Apparently, the pranksters performed some sort of illusion.

MSN reports that the pranksters…

…covered the signs? two letters ?O? with tarps that made them look like lower case ?E?s. The LAPD has confirmed to other media outlets that the incident was captured by local surveillance cameras and is being investigated as misdemeanor trespassing.

Now, before we go any further, how many angles does one have to turn one’s head, and cross one’s eyes, to get an O to look like an E? That’s one helluva tarp!

Historically the sign read, “Welcome to Hollywoodland.” And here’s a lil’ diddy many of us may not have known:

The original Hollywood sign advertised a segregated housing project (though when you Google this, you may find the word segregated?replaced by ‘suburban’ instead)…and [the sign] was intended to stand on the site for 18 months. It quickly became a signature landmark of the city itself, despite poor upkeep and subsequent heavy deterioration. Originally consisting of 30-foot letters, it was restored and repaired over the years, eventually being replaced in 1978 by the current version, consisting of sturdier, 45-foot tall letters a combined 350 feet long.

The famed sign has definitely gone through its changes over the years. See some of them below.

?HOLYWOOD? ? for an Easter sunrise service visible from the Hollywood Bowl in April 1977

?GO NAVY? ? done with permission by a group of Midshipmen for the Army-Navy football game?s first (and only) West Coast edition in December 1983.

?OLLYWOOD? ? Done by presumably pro-Oliver North vandals in 1987 during the Iran-Contra hearings.

?OIL WAR? ? Done in 1991 by people opposed to the first Gulf War. Later that same year a yellow ribbon was tied around the sign after the war ended.

One thought on “Pranksters Decide to Change ‘Hollywood’ Sign to ‘Hollyweed’ for a Day!”