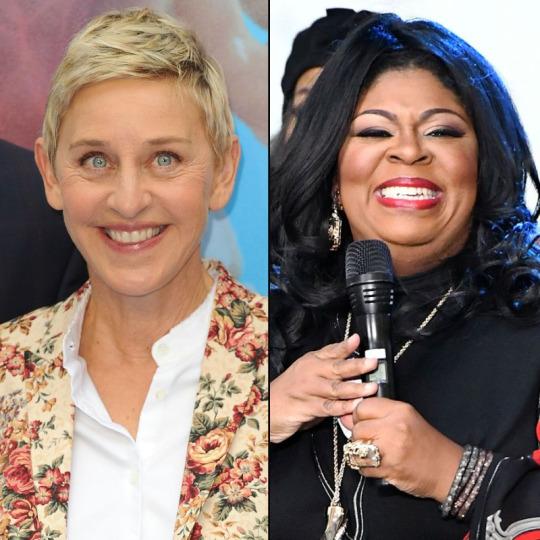 *How dare she??That was my first thought after watching the video where this supposed Woman of God goes on a rant about who will get into Heaven and who won’t. That’s basically what her anti-gay ‘sermon’ was about.

I am not gay, and I’m not Christian — but let me tell you, I am still offended, and YOU, reader, should be too. It’s absolutely?disgusting?when people use what should be a platform of love and inclusion, to spout their own nasty views on how others choose to live their life.

How dare you! And shame on the ‘supporters’ of this idiocy; those who can be heard sitting in the audience heeing and hawing their support.

And Ms. Burrell, you didn’t even use good sense. You did this KNOWING you were going on the television show of one of the most beloved lesbian women of the 21st century, Ellen DeGeneres?

And how stupid do you think the general public is anyway? Your ‘followup’ video, I won’t insult the act of apology by calling it one because what it actually was, was your attempt to clean up your mess after you?realized what you had done…OUT LOUD!

Oh, and how much its going to cost you...Come to think of it, you’re no different than those racists who do their dirt, and then say they’re “not racist.”? And ugh!?To try and backstroke, while wearing that plastic grin, and suggest that just because you didn’t mention a certain term, “I never said LGBT last night, I said SIN” that this in some way makes what you did say?any better.

I can just see God right now, head in hands, mortified by your actions in His name!

Thank goodness celebrities with the obvious good sense, love and compassion you?seem to lack, notably, Pharrell, Yolanda Adams, and Chaka Khan; along with the 5,500 who signed the Change.org petition asking Ellen to do exactly what she did, UN-INVITE YOU, ?took a stand denouncing your POV, without delay.

They know what’s up.

No one is saying you or anyone else has to agree with the LGBTQ lifestyle. There are many things in life that won’t be everyone’s?cup of tea.?But to insult an entire population of “God’s Children” — not to mention, using the pulpit to do so, because they don’t live according to your standards is just plain wrong!

You’ve obviously been on the job too long, ‘Pastor.’ You’ve gotten way too comfortable. If it were up to me, I’d petition for your removal.

***My name is DeBorah B. Pryor and I approve this message.***

3 thoughts on “Hey ‘Pastor’ Kim Burrell, With Ellen Now a ‘No Go’…The Fun May Be Just Beginning!”